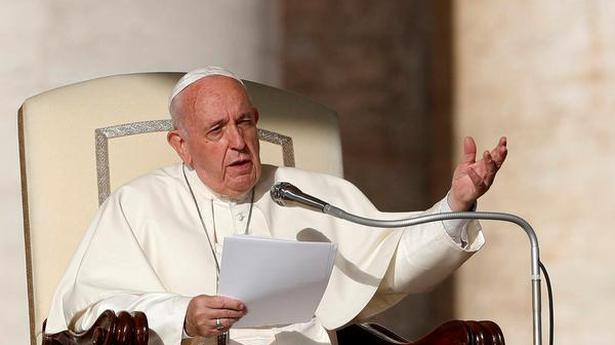 Catholic bishops gathered at a special Vatican assembly called on Pope Francis on Saturday to open the priesthood to married men in the Amazon, as well as giving women a greater role to play and making damaging the environment a sin.

The bishops issued a list of recommendations at the close of a three-week “synod” on the Pan-Amazonian region which highlighted challenges such as the destruction of the rainforest, the exploitation of indigenous peoples and a scarcity in priests.

The pontiff said on Saturday he would addressing the issues before the year’s end.

The text could have repercussions not only for the vast, isolated territory, but the whole of the Roman Catholic Church.

The synod brought some 184 bishops to the Vatican, over 60% of whom hail from the nine Amazon countries.

Together with representatives of indigenous peoples, experts and nuns, they discussed a multitude of regional concerns, from climate change to poverty, land-grabbing, mercury-polluted waters and violence against women.

The most hotly-debated question was whether or not to allow “viri probati” — married “men of proven virtue” — to join the priesthood in remote locations, where communities seldom have Mass due to a lack of priests.

It would not be necessary to rewrite Church law; the bishops simply asked Mr. Francis for an exemption to the rules — like the one already granted to married Anglican pastors who later converted to Catholicism.

“Sometimes it takes not just months but even several years before a priest can return to a community to celebrate the Eucharist, offer the sacrament of reconciliation or anoint the sick,” the synod document said.

It suggested ordaining as priests “suitable and esteemed men of the community” who had “a legitimately constituted and stable family”.

But the ultra-conservative wing of the Catholic Church — particularly in Europe and North America — has spoken out strongly against the idea, warning that making exceptions could pave the way to the abolition of celibacy globally.

The bishops also urged the Argentine pope to make “the acts and habits of pollution and destruction of the harmony of the environment” an “ecological sin” — or the breaking of a divine law.

It called for the Church to lead the battle against “our culture of excessive consumption”, saying “we must reduce our dependence on fossil fuels and the use of plastics”.

People should also change their eating habits and stop an “excess consumption of meat and fish/seafood”, they said.

They also proposed creating a “world fund” to protect the Amazon and its indigenous communities from “the predatory compulsion to extract their natural resources by national and multinational companies”.

The document also called for an official recognition by the Church of the key role played by lay women in the evangelisation of indigenous people by creating a formal specific role, or “ministry”, called “woman leadership of the community”.

There are some in the Church who would even like them to be allowed to become deacons, a function currently reserved for lay men.

Male deacons, who can be single or married, are able to baptise, witness marriages, perform funerals and preach homilies.

Mr. Francis said Saturday he would reconvene a commission to study the history of female deacons in the early Catholic Church, after the body’s initial report — delivered to the pontiff this year — was inconclusive.

Two thirds of the indigenous communities without priests are guided by women.

“We still have not grasped the significance of women in the Church. Their role must go well beyond questions of function,” Mr. Francis said.

Saudi Arabia on Sunday put a value of up to $1.71 trillion on energy giant Aramco in what could be the world’s biggest IPO, but missed Crown Prince Mohammed bin Salman’s initial target of $2 trillion. Aramco said it would sell 1.5% of the firm in a blockbuster initial public offering worth at least $24 […]

Hurricane Dorian briefly made landfall on the Outer Banks of North Carolina on Friday, hitting the beach-fringed barrier islands with powerful winds and battering waves days after reducing parts of the Bahamas to rubble. The storm made landfall at Cape Hatteras at about 9 a.m. (1300 GMT) with maximum sustained winds of 90 miles per […]

Santa Ana winds that drove fires through two Southern California areas have died down but flames that destroyed dozens of homes continue to rage. A blaze in the San Fernando Valley area of Los Angeles was only 13 per cent contained on Saturday after destroying 13 buildings. One man who had tried to fight the […]