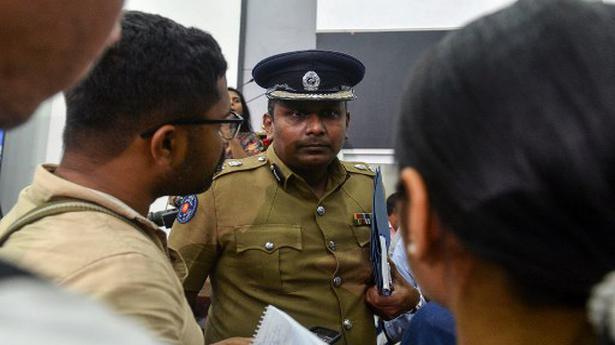 An explosion occurred in a town east of the Sri Lankan capital, Colombo, on Thursday but there were no casualties, a police spokesperson said.

Spokesperson Ruwan Gunasekera said police were investigating the blast on empty land behind the magistrate’s court in Pugoda, 40 km (25 miles).

“There was an explosion behind the court, we are investigating,” he said, adding it was not a controlled explosion like other blasts in recent days.

The blast came at a time of high tension in Sri Lanka following the Easter Sunday suicide bomber attacks on the island state that killed 359 people and wounded about 500.

As sales and exports of fish crash, another huge crisis is staring at Sri Lanka’s fisherfolk. Source: thehindu.com Related

U.K. experienced sunniest month on record in May

The previous record was 265 hours of sunshine, set in June 1957 Source: thehindu.com Related

Following dozens of Indian-Americans facing difficulties at airports while travelling from the U.S. to India over provisions in the OCI, an eminent Indian-American activist has said that the card should not be considered as “a multi-purpose lifelong visa” and demanded the Indian government fix major loopholes in it. Under the provisions of the OCI card, […]