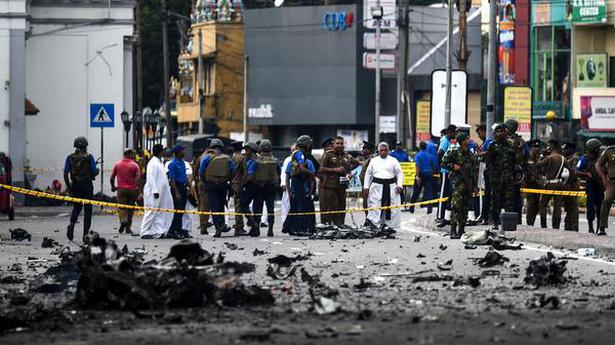 Members of Sri Lanka’s Christian minority have been left afraid to go to church after deadly attacks that hit Easter services, killing nearly 300 and stoking fears of communal violence.

“Some people might be afraid to go to church now. At this moment I have no idea what to say,” Father Lour Fernando said, near St. Sebastian’s in Negombo, one of three churches targeted Sunday. “We have to remain strong and keep going to church and keep praying. We can’t stop.”

Ranjan Christopher Fernard, 55, a taxi driver from Negombo, said he was nervous about attending church after the attacks, which killed his friend’s 11-year-old son. “Tonight we (my family) will all go to church to pray for the victims,” he said. “Of course I feel afraid… but we have to go to church, we have to pray for the injured to get well soon.”

Sri Lanka’s Christians, who make up just 7% of the 22-million population, had been largely spared the worst of the country’s violence, including recent tensions between right-wing Buddhists and Muslims.

But others said there had been warnings, and documents seen by AFP showed the country’s police chief had issued an alert on April 11 that warned a radical Muslim group planned to hit “prominent churches.”

The government said on Monday it believed the National Thowheed Jamaath was behind the attacks.

A pastor at People’s Church in Colombo, who declined to be named, said police had told churches last week that they should brace for possible “incidents” and stay vigilant.

“We increased security at our church last week. We have also been checking vehicles coming into the church premises,” he said.

“Although there was a generic warning to stay vigilant, some churches adopted a lax attitude because there were no details offered, like a possible timeline,” he added.

“I feel more deaths could have been prevented if we were more alert.”

For some in the shaken Christian community, the attacks also raise the spectre of more widespread communal violence. “I feel this carnage on Easter Sunday is an attempt to drive a wedge between communities,” said Lakshmi Shanmugam, 77, a Christian married to a Buddhist. “We haven’t learnt anything from the nearly three-decade long conflict… our leaders didn’t focus on reconciliation,” she added. “Despite all the talk on protecting ethnic and religious minorities, we are still living in fear.”

Pushpa Francis, a Catholic retired sports teacher, said she feared the situation would “degenerate into a tit-for-tat”. “We don’t want our community to be torn apart.”

Meanwhile, Interpol said it is deploying a team of investigators, including experts in disaster victim identification, to Sri Lanka to help local authorities in the aftermath of the blasts. Interpol said it was deploying an Incident Response Team (IRT) at the request of the Sri Lanka authorities, including specialists with expertise in crime scene examination, explosives, counterterror and victim identification. “If required, additional expertise in digital forensics, biometrics, as well as photo and video analysis will also be added to the team on the ground,” it added.

Interpol Secretary General Juergen Stock said the organisation will “continue to provide whatever support is necessary”. “Information to help identify individuals linked to these attacks could come from anywhere in the world, which is where Interpol’s global network and databases can prove vital, especially for officers on the ground,” he said.

The coronavirus outbreak disrupted Islamic worship in the Middle East as Saudi Arabia on Wednesday banned its citizens and other residents of the kingdom from performing the pilgrimage in Mecca, while Iran cancelled on Friday prayers in major cities. The decisions in Riyadh and Tehran affected both Sunni and Shiite Muslims alike. The Saudi move […]

China’s death toll from the new coronavirus rose to 2,592 on February 24, after the National Health Commission reported 150 more fatalities, all but one in the epicentre of Hubei province. Monday’s death toll was a jump on the 97 deaths reported Sunday. The commission also confirmed a total of 409 new cases in China, […]