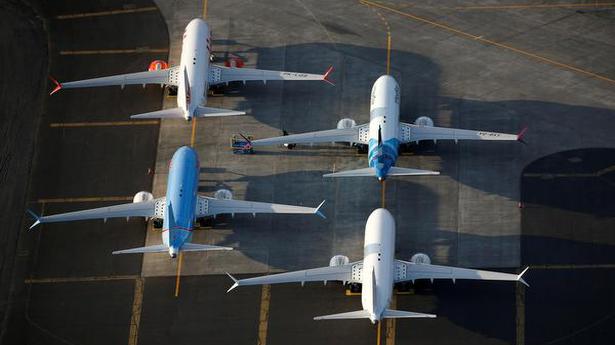 The world’s largest planemaker, plunged into a fresh crisis over the safety of the banned 737 MAX after Reuters reported the messages on Friday, also said it was investigating the ”circumstances of this exchange” and regretted the difficulties that the release of messages presented for the U.S. Federal Aviation Administration.

The FAA on Friday ordered Boeing Chief Executive Dennis Muilenburg to give an “immediate” explanation for the delay in turning over the “concerning” document, which Boeing discovered some months ago.

In the messages from November 2016, then-chief technical pilot Mark Forkner tells a colleague that the so-called MCAS anti-stall system – the same one linked to deadly crashes in Indonesia and Ethiopia – was “running rampant” in a flight simulator session.

At another point he says: “I basically lied to the regulators (unknowingly).”

The messages prompted a new call in Congress for Boeing to shake up its management as it scrambles to rebuild trust and lift an eight-month safety ban of its fastest-selling plane.

“We understand entirely the scrutiny this matter is receiving, and are committed to working with investigative authorities and the U.S. Congress as they continue their investigations,” Boeing said in its statement on Sunday.

The instant messages prompted harsh reactions from several Democratic lawmakers in Washington, with Representative Peter DeFazio saying, “This is no isolated incident.”

Boeing Chief Executive Dennis Muilenburg, who was stripped of his chairman title by the company’s board nine days ago, is set to testify before the committee on October 30.

Other top concerns include “schedule pressure” and “high workload,” though 90% of the employees said they were comfortable raising concerns about “undue pressure” to management, according to a copy of the Boeing presentation of the survey results seen by Reuters on Sunday.

The presentation was obtained by the committee’s investigators and not among a trove of documents handed over the committee by Boeing itself, a person briefed on the matter said.

Evidence of “undue pressure” was also pinpointed by a group of international regulators reviewing the 737 MAX certification.

Boeing’s statement was released as its board of directors and top executives from its airplanes division and supply chain gathered in San Antonio, Texas for previously scheduled meetings on Sunday and Monday.

The board meetings come as pressure mounts on Chicago-based company not only from the regulatory and criminal investigations stemming from the crashes but also from the financial burden caused by the jet’s safety ban and continued high production.

Several industry sources said there was speculation inside the company of significant job cuts as Boeing, unable to deliver 737 MAX planes to customers, continues to experience a cash drain. The 737 production rate may also have to come down if regulators further delay the MAX’s return to service, the people said.

After business hours on Thursday, Boeing turned over the instant messages to the FAA after having them for months. Boeing had turned them over to the Justice Department in February – before the crash of a second 737 MAX in Ethiopia in March, a source briefed on the matter told Reuters on Friday.

A second person briefed on the matter said that Boeing CEO Muilenburg told FAA Administrator Steve Dickson during a 25-minute phone call on Friday that the company did not believe it could turn the messages over initially because of the Justice Department probe, an argument Dickson rejected citing safety issues.

On Sunday, Boeing said it has not been able to speak to Forkner directly about his understanding of the document.

“He has stated through his attorney that his comments reflected a reaction to a simulator program that was not functioning properly and that was still undergoing testing,” Boeing said.

EU to reach Brexit position by end of next week: Macron

French President Emmanuel Macron on Sunday told British Prime Minister Boris Johnson that the possibility of a Brexit accord would be evaluated by the end of next week. Mr. Johnson, in a telephone conversation with Mr. Macron, “presented his latest proposals,” the French presidency said in a statement. Mr. Macron “indicated that the negotiations should […]

Death of whistleblower ignites calls for political reform in China

The death of a whistleblowing doctor who was reprimanded for warning about the new coronavirus has sparked rare calls for political reform and free speech in China. Li Wenliang, an ophthalmologist in Wuhan — ground zero of China’s virus epidemic which has killed more than 800 — succumbed to the disease on Friday over a […]