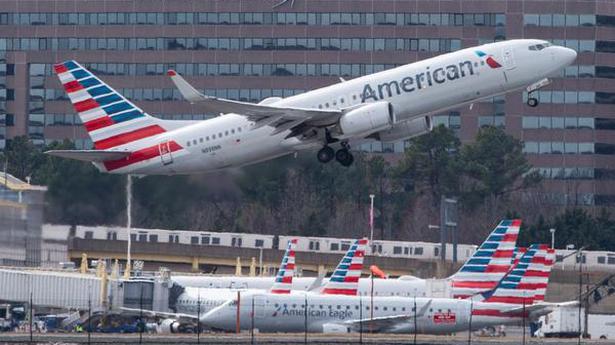 The Federal Aviation Administration has been meeting major airlines and convened a joint review with aviation regulators from other countries, while federal prosecutors, the U.S. Department of Transportation inspector general’s office and a blue-ribbon panel are reviewing the plane’s certification.

In an early-morning post on Twitter, Mr. Trump weighed in with his own advice. “What do I know about branding, maybe nothing (but I did become President!), but if I were Boeing, I would FIX the Boeing 737 MAX, add some additional great features, & REBRAND the plane with a new name. No product has suffered like this one. But again, what the hell do I know?” Mr. Trump tweeted. The plane’s grounding has also threatened the U.S. summer travel season, with some airlines removing the 737 from their schedules through August. Mr. Trump issued the tweet as Boeing tries to restore trust in its fastest-selling jet, the main source of profits and cash at the Chicago-based planemaker which has won some 5,000 orders or around seven years of production for the aircraft.

Chief Executive Dennis Muilenburg has apologized on behalf of Boeing for lives lost in two recent accidents and promised that it would address the risk that flight software meant to prevent the plane stalling could be activated by wrong data.

Boeing has also held dozens of briefings and simulator sessions for airline executives and pilots and held worldwide meetings with airline branding and communications staff.

Russian President Vladimir Putin said Thursday that U.S. President Donald Trump was impeached for “far-fetched” reasons, calling the move by Democrats a continuation of their fight against the Republican leader. “The party that lost the (2016) election, the Democratic Party, is trying to achieve results by other means,” Putin said at his annual news conference […]

President Xi Jinping promised more gradual market-opening steps at the start of an import fair on Tuesday but no initiatives in technology and other irritants that sparked a tariff war with Washington. The second China International Import Expo showcases the country’s vast import market of 1.4 billion people to help deflect complaints that it improperly […]

A special court in Pakistan on Tuesday said that the high treason trial of former military dictator Pervez Musharraf will start on a daily basis from October 24 as his counsel is down with dengue fever. A three-member tribunal headed by Justice Waqar Ahmad Seth directed all parties to submit their written arguments before the […]