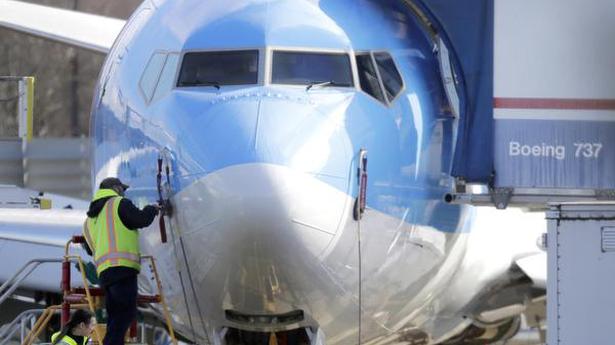 Boeing will cut production of its troubled 737 MAX airliner this month, underscoring the growing financial risk it faces the longer that its best-selling plane remains grounded after two deadly crashes. The company said on Friday that starting in mid-April, it will cut production of the plane to 42 from 52 planes per month so it can focus its attention on fixing the flight-control software that has been implicated in the crashes.

The move was not a complete surprise. Boeing had already suspended deliveries of the MAX last month after regulators around the world grounded the jet.

Preliminary reports into accidents in Indonesia and Ethiopia found that faulty sensor readings erroneously triggered an anti-stall system that pushed the plane’s nose down. Pilots of each plane struggled in vain to regain control over the automated system. In all, 346 people died in the crashes. Boeing faces a growing number of lawsuits filed by families of the victims. The announcement to cut production comes after Boeing acknowledged that a second software issue has emerged that needs fixing on the MAX.

Boeing has delivered fewer than 400 MAX jets but has a backlog of more than 4,600 unfilled orders. The Chicago-based company had hoped to expand MAX production this year to 57 planes a month.

King Salman’s elder half-brother, who was the tenth son of the country’s founding monarch, has died at age 96. Prince Bandar bin Abdulaziz Al Saud was not an actively political royal within the ruling Al Saud family and had been passed over in the line of succession to the throne. He was the eldest living […]

As political leaders focus on a final dash for votes ahead of Thursday’s crucial general election, British Prime Minister Boris Johnson is ahead at least in the betting odds game with a forecast of a majority for his Conservative Party. The Tories remain the odds-on favourite to win the most seats, with bets predicting fairly […]

A Turkish military cargo plane landed in the Somali capital on Sunday to evacuate people badly wounded in a devastating truck bombing in the city a day earlier that killed at least 90 people including two Turkish nationals. The plane also brought emergency medical staff and supplies, according to a tweet from the Turkish embassy, […]