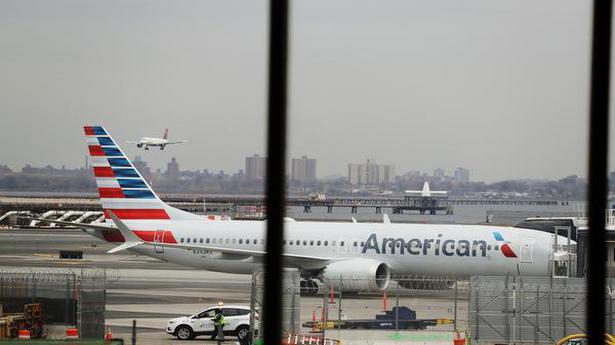 Boeing’s newest version of its best-selling airliner ever was supposed to boost its fortunes for years to come.

Instead, it has turned into the company’s biggest headache, with more than 40 countries including the U.S., which had been one of the last holdouts grounding the 737 Max 8 after a second fatal crash proved one too many.

On Wednesday, the U.S. Federal Aviation Administration (FAA) issued an emergency order keeping the planes on the tarmac after refusing to do so in the days immediately following the crash of a Max 8 operated by Ethiopian Airlines that left 157 people dead.

The agency said what made the difference was new, enhanced satellite tracking data and physical evidence on the ground that linked the Ethiopian jet’s movements to those of an Indonesian Lion Air flight that plunged into the Java Sea in October and killed 189 people.

Officials at Lion Air have said sensors on their plane produced erroneous information on its last four flights, triggering an automatic nose-down command that the pilots were unable to overcome on its final voyage.

On Wednesday, global air traffic surveillance company Aireon, Boeing and the U.S. National Transportation Safety Board were able to enhance the initial data and make it more precise “to create a description of the flight that made it similar enough to Lion Air,” Mr. Elwell said.

The French air accident investigation authority, known by its French acronym BEA, said on Thursday that it will handle the analysis of the black boxes retrieved from the crash site.

A BEA official told that they have already arrived in France but gave no time frame on how long the analysis could take. The BEA has experience with global air crashes, and its expertise is often sought whenever an Airbus plane crashes because the manufacturer is based in France.

Since debuting in 2017, Boeing has delivered more than 350 of the Max in several versions that vary by size. Dozens of airlines around the world have embraced the plane for its fuel efficiency and utility for short and medium-haul flights.

The groundings will have a far-reaching financial impact on Boeing, at least in the short term, said John Cox, a veteran pilot and CEO of Safety Operating Systems.

In addition to the planes that have been grounded, there are more than 4,600 Boeing 737 Max 8 planes on backlog that are not yet delivered to airlines.

“There are delivery dates that aren’t being met, there’s usage of the aircraft that’s not being met, and all the supply chain things that Boeing so carefully crafted,” Mr. Cox said. “If they can’t deliver the airplanes, where do they put the extra engines and the extra fuselage and the extra electrical components?”

Impacted airlines also may come knocking on Boeing’s door claiming damages. Norwegian Airlines said it would pursue reimbursement from Boeing for lost business and if other carriers follow suit, that could be costly. Whether airlines would be successful with such claims depends on the details of the contracts those carriers have with Boeing, said Dan Rose, partner at Kreindler & Kreindler, an aviation law firm. .

“One way or another, whether there’s a contractual provision that covers it or not, there are almost certainly going to be claims made against them,” Mr. Rose said.

In a research note earlier this week, Morgan Stanley called the grounding of the fleet a “worst-case scenario” that would disrupt near-term profitability because the 737 covers 70% of Boeing’s commercial production. The Max fleet was expected to make up most of the 737 deliveries this year and all deliveries over the next three years, according to data compiled by Morgan Stanley.

Boeing issued a statement saying it supported the FAA’s decision even though it “continues to have full confidence” in the planes’ safety.

The company also said it had recommended the suspension of the Max fleet after consultations with the government.

The FAA was under intense pressure to ground the planes and resisted even after Canada relented on Wednesday and agreed to bar the Max from the air, leaving the U.S. almost alone.

The agency, which prides itself on making data-driven decisions, had maintained there was nothing to show the Boeing jets were unsafe, and flights continued.

But U.S. President Donald Trump, who announced the grounding, was briefed that same day on new developments by Elwell and Transportation Secretary Elaine Chao, and they determined the planes should be grounded, the White House said. Mr. Trump spoke afterward with Boeing CEO Dennis Muilenberg and Boeing signed on.

“At the end of the day, it is a decision that has the full support of the secretary, the president and the FAA as an agency,” Mr. Elwell said.

The U.S. also grounded a larger version of the plane, the Max 9.

The Ethiopian plane’s flight data and voice recorders were to be sent to France Wednesday night for analysis, Mr. Elwell said. Some aviation experts have warned that finding answers in that crash could take months.

Airlines, mainly Southwest, American and United, should be able to swap out planes pretty quickly, and passengers shouldn’t be terribly inconvenienced, said Paul Hudson, president of flyersrights.org, which represents passengers. The Max, he said, makes up only a small percentage of the U.S. passenger jet fleet, he said.

“I think any disruptions will be very minor,” he said.

Sharon Barnes, a passenger at Seattle-Tacoma International Airport, said she agreed with grounding the planes.

“I think it was the right decision given that the rest of the world is doing the same thing, and it’s a prudent thing to be doing until we know more about what’s going on,” she said.

In making the decision to ground the Max 8s in Canada, Transport Minister Marc Garneau said a comparison of vertical fluctuations found a “similar profile” between the Ethiopian Airlines crash and the Lion Air crash. Mr. Garneau, a former astronaut who flew in the space shuttle, emphasised that the data was not conclusive but crossed a threshold that prompted Canada to bar the Max 8.

The growing number of countries joining the ban put the FAA in a difficult position, said Peter Goelz, a former managing director of the NTSB who is now an aviation consultant. He said the FAA, which certified the 737 Max as airworthy and has been the lead regulatory body for the airplane.

Mr. Goelz said Mr. Trump likely was feeling pressure from Congress and the public to step in. “There’s probably nobody in the administration who’s got more of a sensitive ear to cable television,” he said.

After Mr. Trump’s announcement, American Airlines said its “teams will make every effort to rebook customers as quickly as possible.”

United Airlines, which grounded its 14 Max planes, said the aircraft account for roughly 40 flights per day. Through a combination of spare aircraft and rebooking customers, the airline did not anticipate a significant operational impact.

Southwest Airlines said it immediately complied with the order and removed its 34 Max 8s from scheduled service. The airline said the Max 8 planes account for less than 5% of the airline’s daily flights, adding that it remains confident in the airliner after completing more than 88,000 flight hours over 41,000 flights, but that it supports the FAA’s decision.

Ethiopian Airlines CEO Tewolde Gebremariam said its pilots had received special training on how to deal with the Max’s anti-stall software that could point the nose down.

“In addition to the basic trainings given for 737 aircraft types, an additional training was given for the Max version,” Mr. Tewolde told state news reporters. “After the Lion Air crash, questions were raised, so Boeing sent further instructions that it said pilots should know.”

Mr. Tewolde said he is confident the “investigation will reveal that the crash is not related to Ethiopian Airlines’ safety record.”

The Lower House of Nepal’s Parliament will vote on Saturday on the Second Constitution Amendment, which gives legal status to the updated map of the c Source: thehindu.com Related