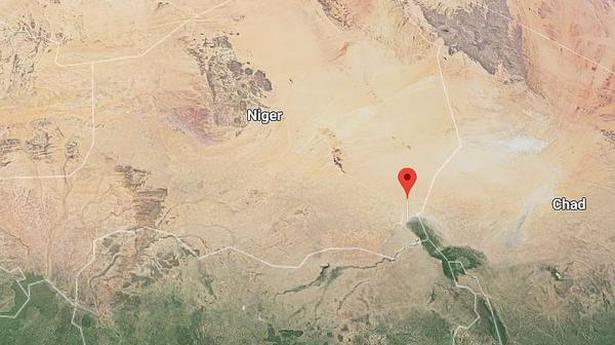 Ten people were killed along with two suicide bombers in a coordinated attack late on March 26 by Boko Haram jihadists on a town in eastern Niger, the local mayor said.

“Two female suicide bombers blew themselves up and gunmen then attacked civilians,” the mayor of the town of N’Guigmi, Abba Kaya Issa, told AFP on March 27.

“We have a provisional toll of 10 dead plus the two suicide bombers,” along with “seven or eight” wounded, he said, blaming “Boko Haram elements” for the assault.

“One of the suicide bombers blew herself up in the courtyard of a policeman’s home, which is located inside the police barracks, and the second triggered her explosives belt between the town hall, the police barracks and the prefecture,” he said, referring to the office of the state representative.

A local resident said several houses had been burned and wounded children in the police camp had been taken to the local hospital.

N’Guigmi lies in the north of the Diffa region, near Lake Chad, which has borne the brunt of cross-border infiltration by the Nigerian-based jihadists.

Eight people were killed on March 14 in the village of Karidi and 14 died in four attacks on March 23. Fourteen soldiers have been killed since February 16.

An estimated 27,000 people have been killed and two million displaced since Boko Haram launched its insurgency in northeastern Nigeria 2009, a campaign that has spilled over to Burkina Faso, Niger and Chad.

The United States on Friday said that there is no change in its policy on Kashmir and called on India and Pakistan to maintain calm and restraint. “No”, replied State Department Spokesperson Morgan Ortagus when asked by reporters if there has been any change in America’s policy on Kashmir.   The U.S. policy has been […]

Lawmakers to decide on Brexit delay