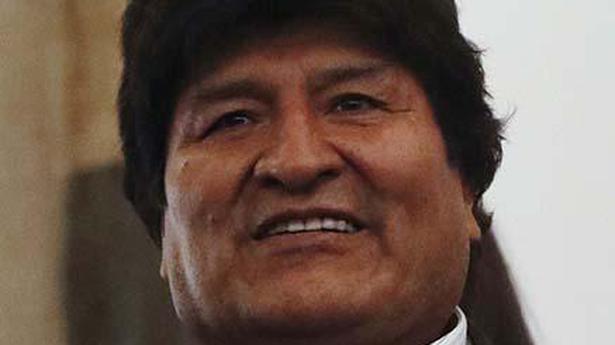 Rioting broke out in parts of Bolivia among opponents of President Evo Morales after electoral authorities announced that a resumed vote count put the leader close to avoiding a runoff in his bid for a fourth term.

Protesters set fire to regional offices of the electoral body in the southern cities of Sucre of Potosi late Monday, and a crowd burned ballots from Sunday’s election in Tarija. Bands of Mr. Morales’ supporters and opponents fought in a number of places across the country, including the capital.

Mr. Morales’ opponents accused officials of trying to help the president avoid a runoff battle. A U.S. State Department accused Bolivian authorities of trying to subvert the vote, and an observer mission from the Organization of American States expressed concerns about the counting process.

An Indonesian woman accused in the 2017 killing of the North Korean leader’s half-brother was released from custody on Monday after a Malaysian court dropped a murder charge against her. After the court decision to release her, 26-year-old Siti Aisyah hugged her co-accused Doan Thi Huong, a 30-year-old Vietnamese woman, and cried. The two women […]

Sri Lanka’s new Prime Minister Mahinda Rajapaksa, a lawyer-turned-politician, is hailed by the Sinhala Buddhist majority for ruthlessly vanquishing Tamil insurgency, but is also criticised by the international community for his human rights record and for pushing the country into the “Chinese debt trap”. Rajapaksa (74) earlier served as the country’s president from 2005-2015, becoming […]

In the last week, the novel coronavirus has spread at a faster rate outside mainland China than within the country. Some nations in Western Europe, Western and Eastern Asia have emerged as the new epicenters of SARS-CoV-2. The rate at which people succumbed to the virus in nations outside mainland China increased sharply in the […]