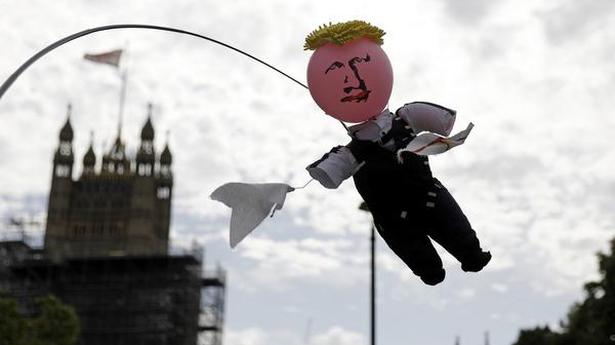 British Prime Minister Boris Johnson on September 26 lost yet another vote in parliament over a government request for a three-day recess to allow his Conservative party to hold its annual conference.

The government lost the vote, which could affect the timing of the conference in Manchester, by 306 votes to 289.

The vote could force the party to shorten its party conference, which is scheduled to last from September 29 to October 2, or even cancel it altogether.

There is no obligation for MPs to be in recess during the party conferences but it is customary.

The Supreme Court on September 24 ruled “unlawful, void and of no effect” Mr. Johnson’s decision to suspend parliament earlier this month in the run-up to Brexit.

Following the judgement, MPs reconvened on September 25 for an ill-tempered debate in which Mr. Johnson accused his opponents of trying to reverse the result of the 2016 Brexit referendum.

No elections before October 31: Commons Speaker

Meanwhile, House of Commons Speaker John Bercow has said that, under existing rules, a national election could not be held before the country is due to leave the European Union at the end of October.

Labour lawmaker Richard Burgon asked Mr. Bercow whether it was correct that due to rules about the amount of time needed to arrange a national election, the earliest one could now take place is November 5.

“I can confirm that my understanding of the electoral timetable under the existing statutory framework is the same as his,” Mr. Bercow said on September 26.

Mr. Johnson has twice asked parliament to approve holding an early election but opposition parties say they do not want to agree to one until the risk of a no-deal Brexit has been removed.

Working-level nuclear talks between North Korea and the U.S. have broken off, North Korea’s chief negotiator said on Saturday. “The negotiations have not fulfilled our expectation and finally broke off,” the North’s chief nuclear negotiator, Kim Myong Gil, told reporters at the country’s embassy in Stockholm. The North Korean delegation arrived in Stockholm on Thursday […]

China promises ‘good communication’ with India ahead of dam across Brahmaputra

The over 3,800-km-long Brahmaputra, one of the longest rivers in the world passes through China, India and Bangladesh and has several tributaries and sub-tributaries. China on Thursday played down its plan to build a major dam in the lower reaches of the Brahmaputra river in Tibet, saying there is no need to have “any anxiety […]

Prime Minister Narendra Modi and his Japanese counterpart Shinzo Abe on Monday reviewed the evolving security scenario in the Indo-Pacific and agreed to further bolster bilateral cooperation in third countries for peace, prosperity and development in the region. The two leaders held a meeting on the sidelines of the East Asia Summit here during which […]