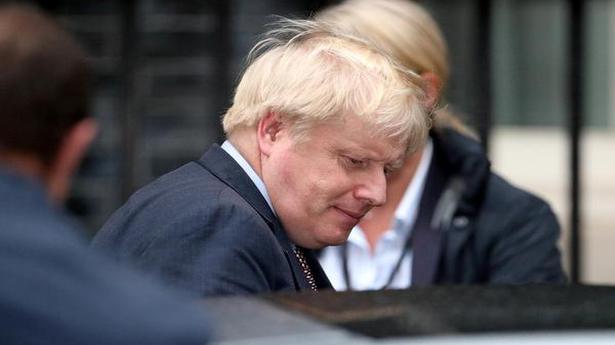 Britain’s Prime Minister Boris Johnson said on October 24 that he was asking parliament to approve a national election to take place on December 12 as part of his efforts to ensure Britain leaves the European Union.

Mr. Johnson said in a letter to Opposition Labour leader Jeremy Corbyn that if the European Union offers Britain a Brexit delay to January 31 then he would seek to pass legislation to ratify his exit deal by November 6 and would make available “all possible time” to do so.

This would mean Brexit could be completed before a December 12 election.

“The way to get Brexit done is, I think, to be reasonable to parliament,” Mr. Johnson said in a televised statement. “If they genuinely want more time to study this excellent deal, they can have it, but they have to agree to a general election on December 12. That’s the way forward.”

If parliament, which earlier this week rejected Mr. Johnson’s accelerated timetable for the legislation, did not ratify the deal by November 6, the issue would have to be resolved in the election, Mr. Johnson said.

Former Vice President Joe Biden, the likely Democratic presidential nominee, was formally endorsed on Monday by longtime rival Bernie Sanders, a move that may help unify the Democratic Party ahead of a general-election matchup against Republican President Donald Trump. Mr. Sanders, the progressive firebrand who last week suspended his presidential campaign, joined Biden in an […]