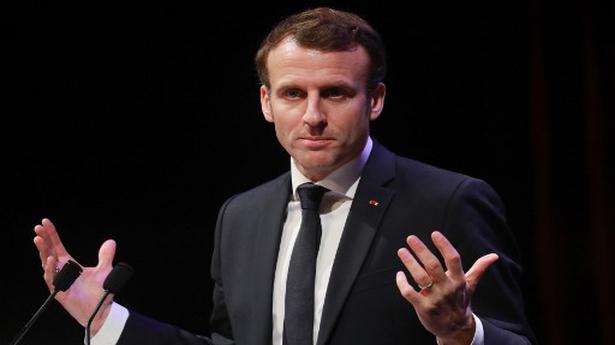 Brexit is a “historic warning sign” for the European Union, French President Emmanuel Macron said hours before Britain’s departure from the EU, adding that it meant “we need more Europe”.

“This departure is a shock. It’s a historic warning sign which must…be heard by all of Europe and make us reflect,” Mr. Macron said in a short televised address.

The French leader said he believed Brexit had been made possible because EU members had a tendency to “make Europe a scapegoat for our own problems.” President Macron, who was elected on a promise to transform the EU, also argued that Britain’s decision to leave was enabled by the fact that “we did not change Europe enough”.

Faced with competition from China and the U.S., “we need more Europe”, he went on, reiterating the themes of his historic Sorbonne speech of September 2017. Calling Friday a “sad day” he attacked the “lies, exaggerations, simplifications and cheques promised that never arrived” of the Brexit Referendum Campaign of 2016.

“We must always remember where lies can lead our democracies,” he said solemnly. Mr. Macron, who hosted the EU’s Brexit negotiator Michel Barnier earlier Friday for talks in Paris, also sounded a firm note on the upcoming negotiations between London and Brussels on their future relationship.

While saying he hoped for the “closest, most solid, most enduring partnership possible” he warned: “It won’t be the same as the relationship we have had for several decades. You cannot be both in and out.”

The United States believes that Hamza bin Laden, a son of slain al Qaeda leader Osama bin Laden and himself a notable figure in the militant group, is dead, a U.S. official said on Wednesday. The U.S. official, who spoke on condition of anonymity, provided no further details, including when Hamza died or where. President […]

A roadside bombing in eastern Afghanistan killed at least 10 civilians on Tuesday morning, including women and children, while explosives attached to a bicycle detonated near a police vehicle in a northern province, wounding at least 18 people, officials said. According to the spokesman for the Interior Ministry, Nasrat Rahimi, the roadside bombing took place […]

The death toll in Spain surged to 4,089 after 655 people died within 24 hours, the Health Ministry said on Thursday. It was a 19% rise on figures released on Wednesday in Spain, which has the world’s second highest death toll from the disease after Italy. The number of confirmed cases of COVID-19 rose to […]