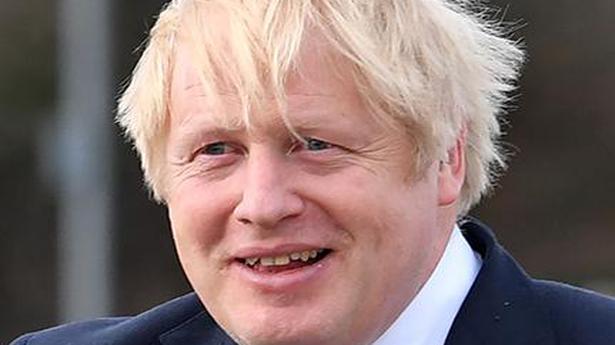 Britain on Friday ends almost half a century of integration with Europe, finally making its historic departure from the EU to begin a new — but still uncertain — future, with emotions running high following years of wrangling and several false starts.

Prime Minister Boris Johnson has backed Brexit since the 2016 referendum vote to leave that triggered deep bitterness and division but he has promised to unite the country in a new era of prosperity.

“Our job as the government, my job, is to bring this country together and take us forward,” Mr. Johnson said in a statement to mark the occasion.

“This is not an end but a beginning. This is the moment when the dawn breaks and the curtain goes up on a new act.”

German Chancellor Angela Merkel called Britain’s departure a “sea-change” for the bloc, although nothing will immediately feel different because of an 11-month transition period negotiated as part of an EU-UK exit deal ratified this week.

Britons will be able to work in and trade freely with EU nations until December 31, and vice versa, although the U.K. will no longer be represented in the bloc’s institutions.

But legally, Britain is out — with no easy way back.

And while the exit terms have been agreed, Britain must still strike a deal on future relations with the EU, its largest trading partner, which sets out its negotiating position on Monday.

“We want to have the best possible relationship with the United Kingdom, but it will never be as good as membership,” European Commission president Ursula von der Leyen said.

Getting this far has been a traumatic process.

Despite Britain’s resistance to many EU projects over the years — it refused to join the single currency or the Schengen free travel area — the 2016 vote to leave was a huge shock.

It unleashed political chaos in London, sparking years of bitter arguments that paralysed parliament and forced the resignations of two Prime Ministers.

Mr. Johnson brought an end to the turmoil with his decisive election victory last month, which gave him the parliamentary majority to ratify the Brexit deal.

In Scotland, which backed remaining in the bloc in 2016, First Minister Nicola Sturgeon called it “a moment of real and profound and sadness… tinged with anger”.

In 2014, Andrew Moffat, the author of several books on promoting equality and tackling homophobia in schools in the U.K. and an assistant head teacher at a school in Birmingham, stepped down from his position. It came after parents at the school — some Christian and Muslim, according to Mr. Moffat — complained over lessons […]

The Swedish state-owned company told Reuters it would not enter into any new contracts at the Australian site to support Chinese customers after its current contract expires. Source: thehindu.com Related