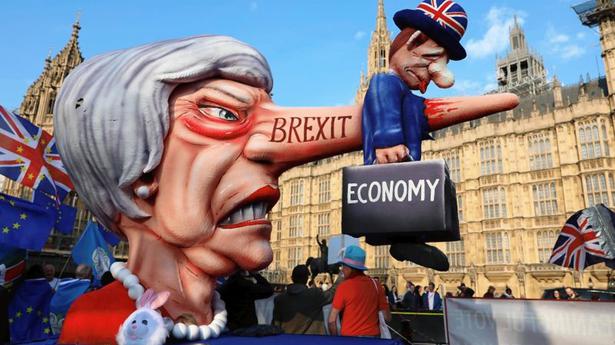 When David Cameron made an election manifesto commitment to hold a referendum on Britain’s EU membership back in 2015, he faced accusations of putting his party before his country. In fact, European Council president Donald Tusk told the BBC earlier this year that even Mr. Cameron had acknowledged to him that it was about his own party.

The Conservative Party has long been split on the country’s relationship with the EU, with many opposing it from the outset and pressing for Britain to leave pretty much since it joined the union. Hard-Brexiteer Jacob Rees-Mogg’s father had even attempted to take the government to court to prevent Britain from ratifying the Maastricht Treaty (the EU’s official treaty) in 1993.

Now, several years on, both the Conservative Party and Labour remain as divided as ever, with the route ahead on Brexit revealing deep fractures that could have a profound long-term impact on them and on Britain’s political landscape.

Prime Minister Theresa May’s decision to engage in talks with Labour leader Jeremy Corbyn this week has angered many MPs within her party. Two Ministers resigned in protest. Opposition centres around both the Labour push for customs union membership as well as the calls for any deal to be subject to a confirmatory vote.

They also dislike the idea of a long delay to Brexit that would require the U.K. to participate in European parliamentary elections on May 23. Even ahead of the talks between the government and Labour, some Conservatives signalled that they might be willing to vote against the government if the Labour Party brought a no-confidence motion to Parliament.

Other Conservative MPs fear the government hasn’t been flexible enough. On Monday, after the attempt to find a solution by putting different proposals to a vote failed, MP Nick Boles said he was leaving the Conservative Party because they weren’t willing to compromise.

Three other MPs had already left the party earlier this year to join the Independent Group of MPs, which also brought together eight former Labour MPs. They’re collectively pushing for a second referendum and have applied to become a political party called ‘Change UK’.

Within the government, there are some who believe a referendum may offer the route ahead. Chancellor Philip Hammond told an ITV news programme earlier this week that there was a “credible case” for a referendum on any Brexit deal. Others have strongly disagreed: “A second referendum would have a very corrosive impact not only on our politics, but on trust,” warned junior Brexit Minister Kwasi Kwarteng.

However, Brexit has proved just as divisive for Labour. The shadow cabinet’s insistence that it wants to respect the result of the referendum has divided MPs.

More recently, the party’s leadership has faced criticism for its insistence on ending freedom of movement with the EU. Labour (like the government) says it wants a managed migration.

Among those condemning this approach is the group Labour for Freedom of Movement — whose members include five MPs. “European freedom of movement is far from perfect, it’s limited and doesn’t protect everyone. However, the answer is not to scrap or further limit it,” the group said in a statement.

A strong and shallow earthquake hit Indonesia’s easternmost Papua region on Saturday, but the epicenter was far from populated areas and there was no risk of a tsunami, officials said. The US Geological Survey said the magnitude 6.1 quake struck at a depth of just 10 kilometre. Shallow quakes tend to cause more damage than […]

House Democrats opened marathon arguments in US President Donald Trump’s impeachment trial on Wednesday, appealing to skeptical Republican senators to join them in voting to remove Trump from office to “protect our democracy.” Donald Trump’s lawyers sat by, waiting their turn, as the president blasted the proceedings from afar, threatening jokingly to face off with […]