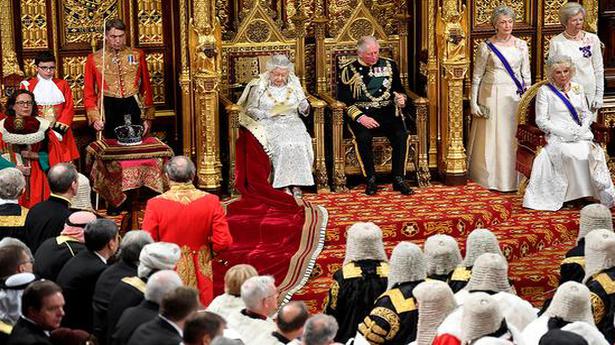 British Prime Minister Boris Johnson on Monday set out his government’s priorities at a parliamentary ceremony full of pomp and pageantry attended by the Queen, with Brexit top of the agenda.

But with time running out for an amicable divorce deal before EU leaders meet later this week, few of the proposals look likely to be enacted, with predictions of a snap election.

Queen Elizabeth II announced in a speech to lawmakers a list of 26 new Bills ranging from implementing a yet-to-be finalised EU divorce agreement to criminal sentencing and the environment.

“My government’s priority has always been to secure the United Kingdom’s departure from the European Union on October 31,” the 93-year-old monarch said from a gilded throne, delivering words written by government officials.

“My government intends to work towards a new partnership with the European Union, based on free trade and friendly cooperation.”

But this depends on the outcome of closed-door discussions in Brussels, where officials are racing to reach a deal on Britain’s exit terms before a summit of EU leaders starting on Thursday.

If he cannot get a deal by Saturday, Mr. Johnson will fall foul of a British law demanding he ask the EU to delay Brexit for a third time rather than risk a potentially disastrous “no deal” exit.

The U.S. telecommunications regulator plans to vote in November to designate China’s Huawei and ZTE as national security risks, barring their U.S. rural carrier customers from tapping an $8.5 billion government fund to purchase equipment or services. The Federal Communications Commission (FCC) also plans to propose requiring those carriers to remove and replace equipment from […]

The case may also address how the tech giant uses its dominant search business to stifle competition. Source: thehindu.com Related