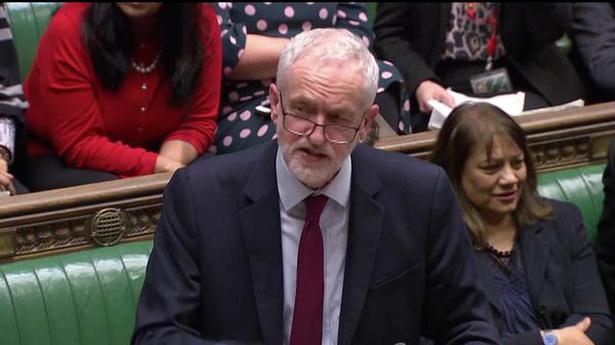 British MPs on Thursday rejected three amendments that sought to curtail the government’s Brexit agenda. These include amendments seeking to: press for a second referendum; enable Parliament find time for a different approach to Brexit; and wrestle control of part of the Brexit parliamentary timetable away from the government and into Parliament’s hands.

While the first was lost by a substantial margin of 249, the second came down to a margin of 16, and the third to a wafer-thin margin of 2.

The developments marked a rare piece of good news for Prime Minister Theresa May during a week in which MPs first rejected her withdrawal deal and then thwarted an attempt by the government to rule out a no-deal, but only under certain circumstances.

The government will now make a third attempt to get its withdrawal deal passed by Parliament next week. As per the successful government motion on Thursday, if the withdrawal deal is passed at this stage, the government will push for a “one-off” extension till June 30. However, if it fails, it would be “highly likely” that a longer extension is needed, requiring the U.K. to take part in European parliamentary elections in May this year. Critics of the government believe that this strategy is an attempt by the government to pressure Brexiteers, who have twice voted down her withdrawal agreement, to cave in and back her deal next week to avoid the risk of a long delay or of losing Brexit altogether.

This came as U.S. President Donald Trump criticised the handling of the Brexit negotiations. “I’m surprised at how badly it has all gone from a stand point of negotiations but I gave the Prime Minister my ideas of how to negotiate it, she didn’t listen to that and that’s fine but it could have been negotiated in a different manner, frankly,” he remarked as he sat beside the Irish Prime Minister Leo Varadkar.

MPs resoundingly rejected a second referendum on Brexit by a margin of 249. Many Labour MPs — including members of the party’s front bench — abstained from the vote. In a letter made public ahead of the vote, a number of Labour MPs explained that while they were “deeply committed” to securing a “People’s Vote” this was not the best opportunity to make that happen, noting that the official ‘People’s Vote’ campaign was not backing the motion. They believed the real opportunity lies at a different stage: when Ms. May’s withdrawal deal returns to the House of Commons next week, at which point the “Kyle-Wilson” amendment is expected to be put forward. This would approve the withdrawal deal so long as it is put to a public vote.

The amendment by the Labour front bench had attempted to require Brexit to be delayed in order to create time to find a solution on which there could be a parliamentary majority. Labour has accused the government of putting on a pretense of being prepared to negotiate because of Ms. May’s refusal to consider Labour’s proposals, which include remaining in a customs union and close single market alignment. “Members across the House are coming forward with proposals. Whether that is a permanent customs union, a public vote, Norway-plus or other ideas, let us as a House of Commons work to find a solution to deal with the crisis facing this country,” Labour leader Jeremy Corbyn said earlier this week.

The amendment by Labour MP Hilary Benn (the son of the Labour politician Tony Benn) would have given Parliament control over the parliamentary timetable when the government attempts to persuade MPs to approve its withdrawal agreement next week. It would have created time for a series of alternative Brexit options or “indicative” votes. The government has said that it would only give MPs a series of indicative votes on alternative solutions if the withdrawal agreement is rejected again next week.

Speaker John Bercow had selected four amendments. Controversially, an amendment that would rule out a referendum and backed by the right-wing European Research Group was not selected by the speaker.

The government’s motion on Thursday said that it would try to seek an extension from the EU to the Brexit process but placed conditions. If Parliament passes the twice-rejected withdrawal agreement by March 20, then a “one-off” extension period would be requested for the period till June 30. If the deal isn’t passed, en it would be “highly likely” a longer extension would be needed requiring the UK to take part in European parliamentary elections in May this year.

The government earlier suffered another significant — and surprising — defeat on Wednesday night as MPs voted to reject a no-deal Brexit at any time, overriding the government’s initial motion that ruled out a no-deal exit but only on March 29 and left open the possibility of it taking place at a later stage. Wednesday’s votes revealed the extent to which MPs and even Cabinet members were willing to defy the government.

Several abstained during the key amendment on which the government was defeated on Wednesday, suggesting the extent to which authority has slipped from its hands.

However, an increasingly frustrated EU has expressed its scepticism about the value and meaning of these votes. For now under current legislation the default is for Britain to leave the EU without a deal on that date, unless a deal is struck, Article 50 is revoked or an extension is agreed by both sides. The EU has made clear that it will only agree to an extension if there is “credible” justification for it, and not simply for the political impasse in Parliament to continue. In addition, some Brexit supporters – such as Nigel Farage – have been lobbying EU countries to veto any attempt by Britain to push for an extension.

European Council President Donald Tusk indicated he would seek support within the remaining EU 27 countries were the UK to seek a long extension to “rethink its Brexit strategy and build consensus around it.”

In the UK the domestic pressure for consensus building has also been growing including – significantly – from the Chancellor of the Exchequer Philip Hammond who – while delivering his “spring” statement on Britain’s borrowing and spending forecasts on Wednesday said MPs had a “solemn duty in the days ahead to put aside our differences and seek a compromise.”

Armed men killed at least 24 Malian soldiers in an ambush on an Army patrol in the Segou region near Mali’s border with Mauritania, the Army has said Source: thehindu.com Related

Trump says he’s an ‘island of one’ on Syria

President Donald Trump said Saturday that he is an “island of one” for removing U.S. forces from northeastern Syria. But he remained steadfast and defended a move that drew widespread bipartisan criticism that he has endangered stability in the Middle East and risked the lives of Syrian Kurdish allies who helped the U.S. bring down […]

Pakistan will confer top military awards to two of its Air Force officers for showing valour during an aerial combat with India in February, President Arif Alvi has announced. Wing Commander Muhammad Nouman Ali, who downed an Indian Air Force jet piloted by Abhinandan Varthaman on February 27, will be conferred with Sitar-e-Jurat while Squadron […]