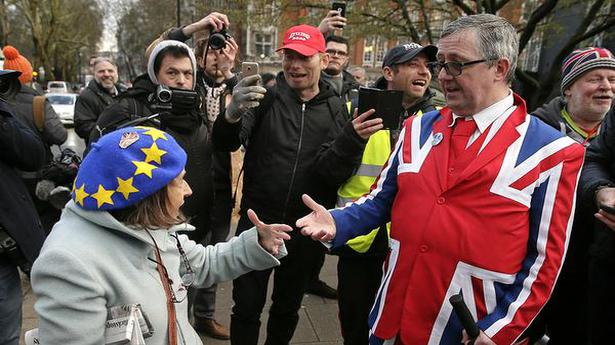 British MPs will vote on whether or not they want to avoid a no-deal Brexit on Wednesday, a day after the Prime Minister’s withdrawal deal was resoundingly rejected by a margin of 148 in the House of Commons on Tuesday night.

The motion on Wednesday does not, however, eliminate the risk of a no-deal crash-out, simply Parliament’s intention to avoid that scenario. Crashing out of the EU will remain the default position for March 29 unless the U.K. and the EU agree a delay, or a deal is agreed, or if Article 50 is revoked.

If MPs back the motion to rule out a no-deal exit — brought by the government, and on which Conservative MPs will have a free vote on — then on Thursday, MPs will be given a vote on whether or not to ask for an extension from the EU. This too is not a given as, following Tuesday’s defeat, the EU made plain that it would only agree to an extension of Article 50 if there were a “credible justification” for one being given.

“On the EU side, we have done all that is possible to reach an agreement… if there is a solution to the current impasse, it can only be found in London,” said Donald Tusk, the president of the European Council.

On Tuesday night, MPs from across the political spectrum rejected last-minute pleas from Theresa May that “Brexit could be lost” if her deal was defeated, after the Attorney-General Geoffrey Cox said that despite legally binding changes to the EU withdrawal deal agreed the previous night with the EU, the legal risk of the U.K. being locked in an indefinite backstop with the EU remained “unchanged”.

On Wednesday night, MPs are set to vote on the motion. “That this House declines to approve leaving the European Union without a withdrawal agreement and a framework on the future relationship on March 29; and notes that leaving without a deal remains the default in U.K. and EU law unless this House and the EU ratify an agreement,” says the text of the motion.

Ms. May and other Cabinet members continue to press MPs to back her withdrawal deal. Outlining the government’s spending and borrowing forecasts in the annual “spring statement”, Chancellor Philip Hammond pledged that the government would be able to pull back from austerity and open the purse strings only if MPs backed a withdrawal deal.

The government has said it will launch a three-year spending review before Parliament breaks for the summer if a withdrawal deal is agreed to. “Leaving with no deal would mean significant disruption in the short and medium term and a smaller, less prosperous economy in the long term, than if we leave with a deal,” Mr. Hammond said in Parliament.

Opposition demonstrators in Bolivia overran two state-run media outlets and forced them off the air on Saturday and some police stopped guarding the square where President Evo Morales’ palace is located, as tensions remained high after a disputed election. Demonstrators burst into the offices of Bolivia TV  and Radio Patria Nueva and forced employees to […]

The Indian missions in the country last week opened online registration for the expatriates who wish to fly back home after getting stuck in the country amidst the lockdown Source: thehindu.com Related

India’s richest 1 per cent hold more than four-times the wealth held by 953 million people who make up for the bottom 70 per cent of the country’s population, while the total wealth of all Indian billionaires is more than the full-year budget, a new study said on Monday. Releasing the study Time to Care […]