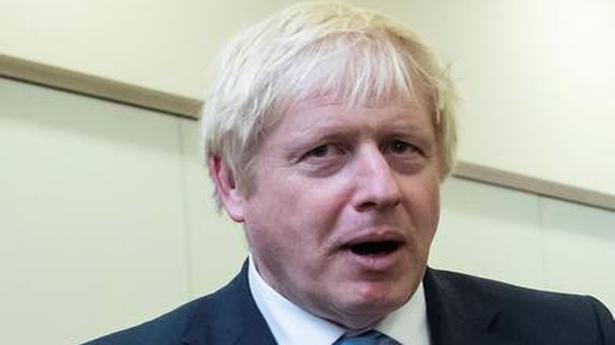 Boris Johnson vowed on Sunday he would not quit as Britain’s Prime Minister even if he fails to secure a deal to leave the European Union, saying only his Conservative government can deliver Brexit on October 31.

At the beginning of his party’s annual conference in the northern city of Manchester, Mr. Johnson wants to rally his party with the “do or die” message that he will deliver Brexit by the end of October, with or without a deal.

But there are hurdles to clear, not least of which is what Mr. Johnson calls “the surrender act” — the law Parliament passed to force the Prime Minister to request a Brexit delay if he has not secured a deal with Brussels by an October 17-18 EU summit.

Mr. Johnson again declined to explain how he plans to circumvent that law and deliver on his Brexit promise.

Asked if he would resign to avoid having to ask for a delay, Mr. Johnson said: “No, I have undertaken to lead the party and my country at a difficult time and I am going to continue to do that. I believe it is my responsibility.”

Opposition lawmakers have been highly critical of Mr. Johnson’s reference to “the surrender Bill”, saying his language is stirring even more division in a country that has remained split since the 2016 referendum on EU membership.

More than three years after Britain voted to leave the EU, both the governing Conservative Party and others are getting ready for an early election, widely expected to be held before the end of the year to break the Brexit deadlock.

Over 290 people were killed and nearly 500 injured in a series of blasts that shook Sri Lanka on Easter Sunday. Churches and luxury hotels were targeted in the deadliest incidents since the civil war ended a decade ago.  As many as eight blasts occurred in and around the capital Colombo and in the eastern […]

An all-powerful President and a ‘rubber stamp’ Parliament?