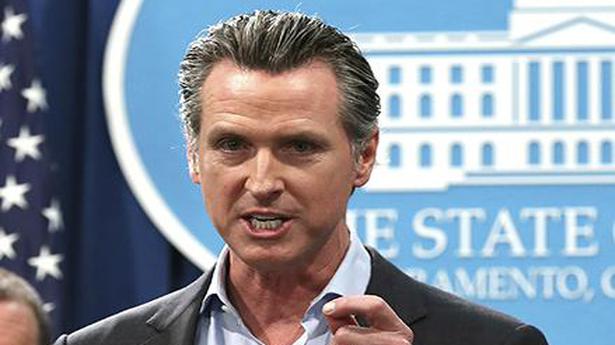 California Governor Gavin Newsom has announced that he will place a moratorium on the State’s use of the death penalty by signing an executive order on Wednesday. This will mean that the 737 prisoners on California’s death row will not be executed while the moratorium is in effect.

Mr. Newsom, who became the Golden State’s Governor in January, has said he is morally opposed to capital punishment and had promised such a move as part of his campaign.

California is the country’s most populous State and has the most number of inmates on death row.

The executive order will grant an immediate reprieve to the State’s 737 death row inmates, annul the State’s lethal injection protocol and also close down the death chamber at San Quentin State Prison. The Governor does not have the power to abolish the penalty altogether. If abolition were to occur, it would have to be done via a ballot initiative.

The U.S. media has widely reported on the prepared remarks that Mr. Newsom will read. “Here is the bottom line,” he is expected to say, according to a NBC. “Our death penalty system has been — by any measure — a failure. It has discriminated against defendants who are mentally ill, black and brown, or can’t afford expensive legal representation. It has provided no public safety benefit or value as a deterrent. It has wasted billions of taxpayer dollars. But most of all, the death penalty is absolute. Irreversible and irreparable in the event of human error.”

The death penalty has been criticised nationwide for disproportionately impacting people of colour — more than 60% of those on California’s death row are not White.

The race of the victim has also been a factor in the application of the death penalty. More than 75% of murder victims in crimes that resulted in execution were White, whereas only 50% of murder victims are White across all crimes, according to the non-profit Death Penalty Information Center (DPIC).

Five of 164 people freed from death row since 1973 (due to wrongful convictions) were from California, as per data from the DPIC.

California has sentenced some 900 people to death since capital punishment was reinstated in 1978. Of these, 13 executions have been carried out — the last in 2006 on Governor Arnold Schwarzenegger’s watch. Since then, the State has faced challenges to its three-drug lethal injection protocol. In 2012 and 2016, a State-wide vote to end the death penalty did not succeed, losing by 2 and 3 percentage points, respectively. In 2016, Californians voted to streamline the appeals process.

The news of the moratorium did not go down well with U.S. President Donald Trump. “Defying voters, the Governor of California will halt all death penalty executions of 737 stone cold killers. Friends and families of the always forgotten VICTIMS are not thrilled, and neither am I!,” Mr. Trump tweeted on Wednesday morning.

The U.S. Soccer Federation last week said it had dropped its requirement that players stand during the anthem, saying the policy was wrong and detracted from the Black Lives Matter movement. Source: thehindu.com Related

Indian-Americans have been extraordinary source of strength during pandemic: Ambassador Sandhu

Applauding them for their sense of community service and duty, Mr. Sandhu said they have gone above and beyond in extending a helping hand to those who need. Source: thehindu.com Related