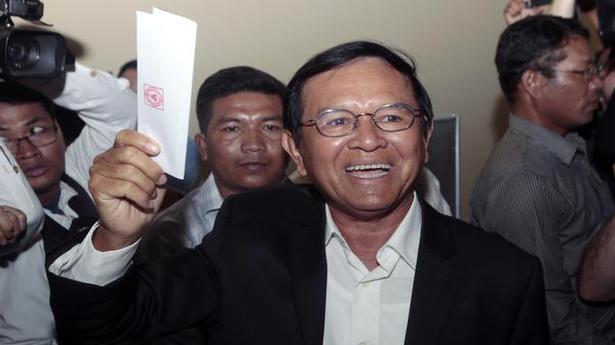 Cambodia has freed opposition leader Kem Sokha from house arrest more than two years after he was arrested and charged with treason, but he remains banned from politics and from leaving the country, a court said on Sunday.

The easing of restrictions on Kem Sokha comes a day after Sam Rainsy, a co-founder of their now banned Cambodian National Rescue Party (CNRP), flew into Malaysia from self-imposed exile in Paris, aiming to return to Cambodia.

The Phnom Penh Municipal Court said in a statement Kem Sokha could leave his house, but that he could not engage in political activity or leave the country.

“Under the new requirements, he can travel anywhere but can’t leave Cambodia … This is because he has been cooperative with the authorities,” Justice Ministry spokesman Chin Malin told Reuters.

India’s outreach to the East and an escalating trade war between China and the United States is helping to turn the Bay of Bengal coastline into a new and attractive growth engine. In the backdrop of Shanghai, Guangzhou and Shenzhen — coastal cities which propelled China’s rise as the workshop-of-the world — India too appears […]

Amazon.com Inc on Thursday said it is contesting the Pentagon’s award of an up to $10 billion cloud computing deal to Microsoft Corp, expressing concern that politics got in the way of a fair contracting process. The company filed notice last Friday that it will formally protest the decision on the Joint Enterprise Defense Infrastructure […]

Prosecutors on Monday sought U.S. President Donald Trump’s longtime adviser Roger Stone to serve a sentence between seven and nine years in prison. Stone is due to face sentencing by U.S. District Court Judge Amy Berman Jackson on February 20, after a jury in November found the self-proclaimed dirty trickster guilty on seven counts of […]