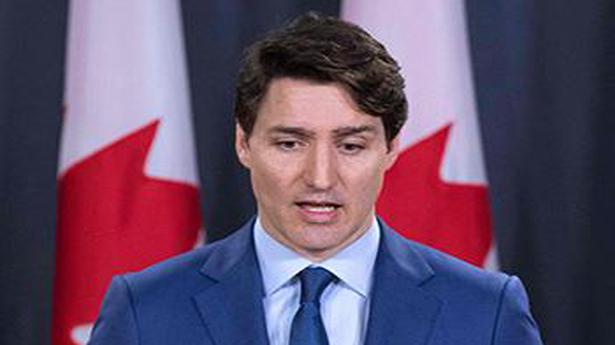 Justin Trudeau rose to power in Canada as a champion of feminism and indigenous rights, quickly earning him golden boy status at home and abroad as a progressive leader. But a major political scandal that sparked the resignation of two of his Ministers — both women, one indigenous — has tarnished his image just seven months before national elections.

Pundits say Mr. Trudeau, 47, faces a tough battle just to stay in office, with the latest polls showing his Liberals trailing the Conservatives for the first time.

For weeks, Mr. Trudeau’s government has been rocked by accusations of meddling in the criminal prosecution of engineering giant SNC-Lavalin, which was charged with corruption over alleged bribes paid to secure contracts in Libya.

His Attorney-General Jody Wilson-Raybould, who said she experienced “consistent and sustained” political pressure to shield the company from a trial, stepped down. Budget Minister Jane Philpott followed suit, as did longtime Trudeau friend and top aide Gerry Butts.

On Thursday, Mr. Trudeau addressed the allegations head-on, telling reporters in Ottawa that he had learned “lessons” from the crisis — but denying any wrongdoing.

SNC-Lavalin was charged in 2015 with corruption for allegedly bribing officials in Libya between 2001 and 2011 to secure government contracts. The firm lobbied the government for an out-of-court settlement. But Ms. Wilson-Raybould refused to ask prosecutors to settle, and the trial is set to proceed.

For a hint of how things might play out, many will look to the March 19 federal budget vote. If Liberals, who hold a majority in Parliament, break ranks, it could trigger snap elections.

Apple and Google plan software to slow spread of coronavirus

Apple Inc and Alphabet Inc’s Google said on Friday that they will work together to create contact tracing technology that aims to slow the spread of the Coronavirus by allowing users to opt into logging other phones they have been near. Also read: Coronavirus | Worldwide death toll crosses 1,00,000 The rare collaboration between the […]

The Times said the Biden administration would seek to extend the duration of “restrictions on Iran’s production of fissile material that could be used to make a (nuclear) bomb” in a new round of negotiations. U.S. President-elect Joe Biden will insist Iran agrees to new demands if it wants the U.S. to return to a […]

These reforms will help protect the wages of American workers and ensure that foreign labour entering our country is high skilled and does not undercut the U.S. labour market, the White House added. Source: thehindu.com Related