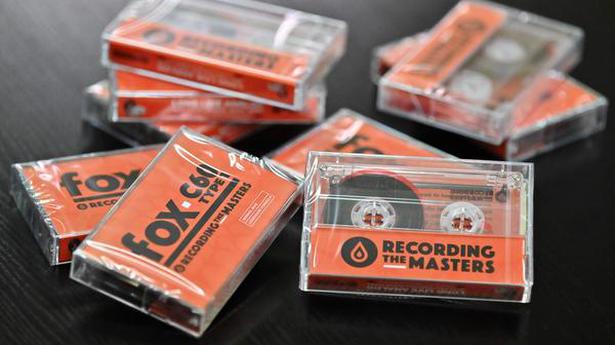 The humble cassette — that tiny little plastic rectangle containing the homemade mixtapes of yesteryear — is back, joining vinyl as a darling of audiophiles who miss side A and side B.

But as top musicians, including Ariana Grande and Justin Bieber, release their music on tape and demand continues to climb, the niche revival has faced a global shortage of music-quality magnetic tape needed for production.

Now, two facilities — one in the American Midwest and the other in western France — have stepped in to meet the need.

“It’s a good place to be — there’s plenty of business for both of us,” said Steve Stepp, who founded the National Audio Company in Missouri with his father 50 years ago.

He said that around 2000 the “imperial hegemony of the CD” cut his business, which stayed alive as a major manufacturer of books on tape that remained popular.

But despite the astronomical rise of streaming, Mr. Stepp said rock bands like Pearl Jam and The Smashing Pumpkins began seeking to manufacture anniversary tapes in the mid-2000s, launching a cassette comeback tour. “That convinced record labels that there was still life in the cassette as a music form,” he said.

Since November, Mulann — a French company — has rebooted production, the country’s first manufacturing of music-grade tape in two decades.

The Mulann group acquired a plant to produce analog audio tapes under the trademark Recording The Masters.

The then British prime minister who called the Brexit referendum and then saw the public vote to leave the European Union says he is sorry for the divisions it has caused. David Cameron said in an interview published on Saturday that he thinks about the consequences of the Brexit referendum “every single day” and worries […]

Jaguar Land Rover will reduce or stop production on certain days at two of its British factories over the next few weeks as Britain’s biggest carmaker pursues cost-cutting measures in response to falling demand. JLR posted a 2.3% drop in retail sales in the three months to the end of December and has targeted billions […]

Russia completed a series of tests on Monday checking that its internet services could function if the country were to get cut off from the worldwide web, Deputy Communications Minister Aleksei Sokolov said. The review, conducted over the course of several days on specially designated networks, follows a “sovereign internet” bill introduced in November in […]