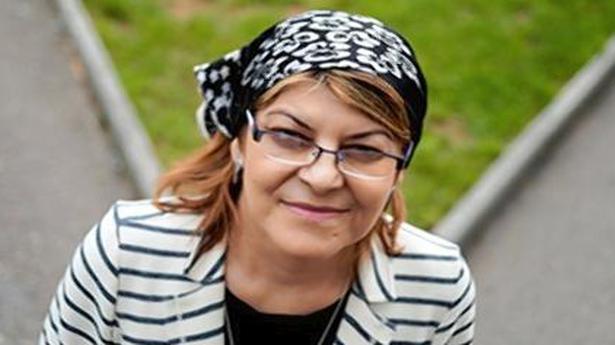 Zalina Gabibulayeva, a mother of five, says she was “tricked” into joining the jihadists in Syria five years ago. Now, repentant and repatriated to Russia’s Chechnya, she goes to schools to teach others of the dangers of extremism.

Countries around the world are grappling with the question of how to treat citizens who went to the Islamic State “caliphate” and have since decided to return.

That problem is felt particularly keenly in Russia, which has seen thousands of people leave to fight alongside jihadists in Syria, according to President Vladimir Putin.

While some Western nations have stripped IS recruits of citizenship or banned them from coming back, Russia has repatriated women and children.

Most of Russia’s IS recruits came from Muslim-majority Caucasus republics, such as Chechnya.

The republic, however, has welcomed in women like Ms. Gabibulayeva — with the expectation that some will go to work to prevent young Muslims from becoming radicalised. “It’s very difficult for (the women) to talk about their experience but we get them to understand it’s a way to show they repent,” says Kheda Saratova, who sits on the rights council of Chechnya’s leader Ramzan Kadyrov.

Ms. Saratova hopes Russian authorities will remove their ban on repatriating women from Syria and Iraq. The activist says around 200 women and children have already been brought back.

The British government on Thursday postponed a crucial Brexit vote scheduled for the first week of June, following an outcry from hard-line Brexiteers over concessions made by Prime Minister Theresa May. The beleaguered Premier is in the last throes of a tumultuous period in power focussed all-but exclusively on guiding her fractured country out of […]

Sri Lanka Cricket on Wednesday said it received a warning from the Prime Minister’s office of a “terrorist threat” targeting the Sri Lankan cricket team during its upcoming Pakistan tour. Following the message, Sri Lanka Cricket has sought the government’s assistance to ‘reassess’ the security situation in Pakistan, ahead of the national team’s scheduled tour […]