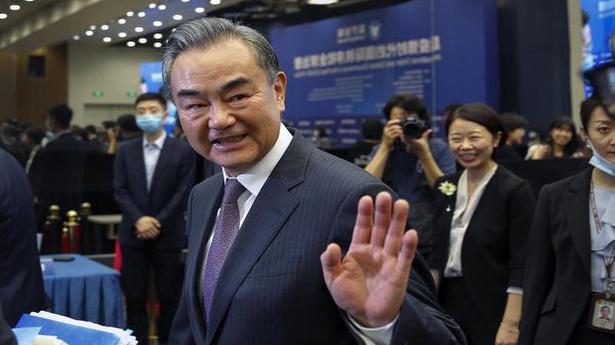 Beijing and Washington have locked horns over issues from trade and China’s human rights record to its expansionist ambitions in the South China Sea.

China’s top diplomat on Monday called for the resumption of talks with the incoming U.S. administration of President-elect Joe Biden, as relations between the world’s two largest economies continued to nosedive.

Beijing and Washington have locked horns over issues from trade and China’s human rights record to its expansionist ambitions in the South China Sea.

But speaking during a video call with the board of the U.S.- China Business Council (USCBC) on Monday, Chinese Foreign Minister Wang Yi said “the two sides should work together.”

“We need to strive to restart the dialogue, get back on the right track, and rebuild mutual trust in the next phase of China-U.S. relations,” he said, according to a readout of his remarks on the Foreign Ministry website.

His comments come days after Washington unveiled travel restrictions for members of the Chinese Communist Party over human rights abuses in the restive region of Xinjiang, as relations between the two tumble to the lowest point in decades.

More sanctions are expected this week, with Bloomberg reporting on Monday that the U.S. was set to slap at least a dozen officials with asset freezes over their role in the disqualification of pro-democracy lawmakers in Hong Kong.

Amid a growing spat between Beijing and Canberra, a senior Chinese official sparked outrage last Monday when he tweeted a staged image of an Australian soldier holding a bloody knife to an Afghan child’s throat.

But China’s top diplomat appeared to strike a more conciliatory tone from his so-called “Wolf Warrior” colleagues on Monday, saying the two sides should work to “expand consensus” and co-operation.

“For problems that cannot be immediately resolved, we need to maintain a constructive attitude to manage the situation to avoid intensifying and escalating the overall situation of China-U.S. relations,” Mr. Wang said.

Mr. Biden is set to assume the presidency on January 20, succeeding Donald Trump, who launched a bruising trade war against China and targeted the global ambitions of groups including telecoms giant Huawei.

The U.S. President-elect is expected to be more measured in tone and knit back together tattered alliances on the global stage.

But he has told U.S. media that he will keep Donald Trump’s trade war tariffs on China for the time being when he moves into the Oval Office.

Beijing says it will be forced to respond to U.S. decision to close down its consulate in Houston Source: thehindu.com Related

It has been two topsy-turvy months for the people of Bangladesh. After India banned the export of onion in September, it created a ripple effect that quickly spread. Prices of the kitchen staple shot through the roof — at one point in November, it spiked five-fold — giving nightmares to housewives. People cut down on […]