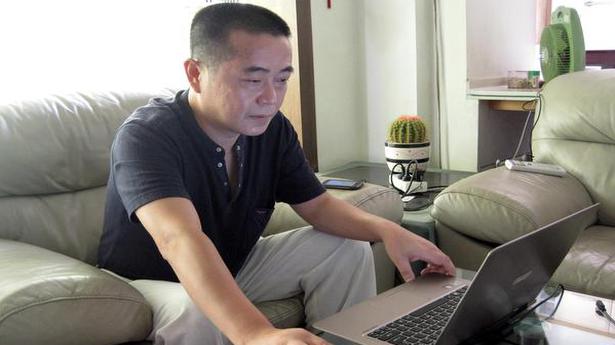 Chinese dissident Huang Qi has been sentenced to 12 years in prison on the charge of leaking secrets to a foreign entity, more than two years after his arrest, a court said on Monday.

A brief announcement on Monday on the website of the Mianyang Municipal People’s Intermediate Court in Huang’s native Sichuan province gave no details on the nature of the secrets Mr. Huang, 56, allegedly leaked or who the recipients were.

In 1998, Mr. Huang founded the 64 Tianwang Human Rights Centre and its accompanying website to chronicle the stories of people alleging abuses by authorities. Reporters Without Borders, which calls Huang a “cyberdissident,” has awarded him its Cyberfreedom Prize.

Since coming to power in 2012, Chinese President Xi Jinping has overseen tightening restrictions on civil society, jailing human rights activists as well as the lawyers who defend them.

Numerous Chinese dissidents have fallen gravely ill during their imprisonment. Nobel Peace laureate Liu Xiaobo was serving an 11-year sentence for “inciting subversion of state power” when he died of liver cancer two years ago.

“Get out”: Australians urged to flee as huge bushfires revitalise

Australian authorities urged nearly a quarter of a million people to evacuate their homes on Friday and prepared military backup as soaring temperatures and erratic winds were expected to fan deadly bushfires across the east coast. Temperatures were expected to shoot well above 40 degrees Celsius (104 degrees Fahrenheit) in several parts of the country […]

Somali forces Saturday morning ended an all-night siege on a hotel in the southern port city of Kismayo, in which the death toll has risen to 26 people, including a prominent Canadian-Somali journalist and several foreigners, officials say. Those killed include three Kenyans, three Tanzanians, two Americans, one Canadian and one Briton, said Ahmed Madobe, […]