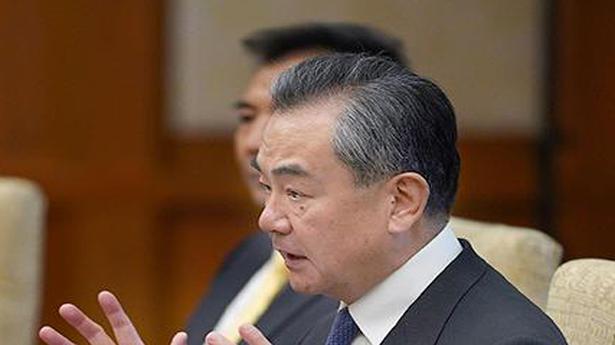 The Chinese government’s top diplomat, State Councillor Wang Yi, told reporters in Beijing after signing diplomatic ties with the Solomon Islands that it was “neither reasonable nor sustainable” for them not to have formal ties. “This was a strategic decision, a transparent decision and a natural decision,” Mr. Wang said of the Solomon Island’s decision to desert Taiwan, standing next to Solomon Islands’ Foreign Minister Jeremiah Manele in Beijing.

Mr. Wang added a warning for Taiwan, whose President Tsai Ing-wen is gearing up for re-election in January. “China must and will be reunified. Factually and legally, Taiwan island has been and will always remain an inalienable part of China’s territory. This status will not change, and is impossible to change,” he said.

Taiwan now with formal relations with just 15 countries, mostly small and poor nations in Latin America and the Pacific, including Nauru, Tuvalu and Palau.

An Iranian woman detained for dressing as a man to sneak into a soccer stadium to watch a match has died after setting herself on fire upon learning she could spend six months in prison, semi-official news outlets reported on Tuesday. The self-immolation death of 29-year-old Sahar Khodayari has shocked Iranian officials and the public, […]

A Northern Irish man has been charged with multiple counts of manslaughter in relation to the discovery of 39 bodies in the back of a truck near London last week, Irish broadcaster RTE said on Friday. Eamon Harrison, 23, appeared in court in Dublin to face 41 charges of manslaughter, human trafficking and conspiracy to […]