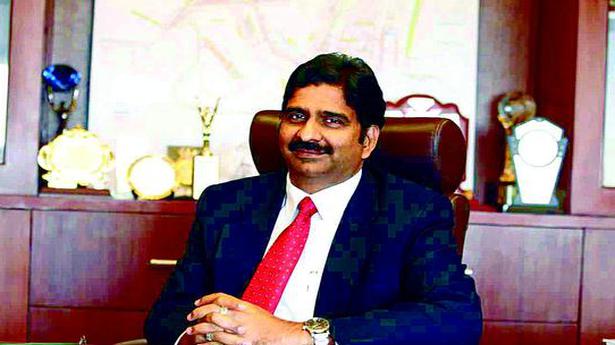 India’s outreach to the East and an escalating trade war between China and the United States is helping to turn the Bay of Bengal coastline into a new and attractive growth engine.

In the backdrop of Shanghai, Guangzhou and Shenzhen — coastal cities which propelled China’s rise as the workshop-of-the world — India too appears to be stepping up its game of coast based manufacturing, focusing intensely on its eastern shores.

“We have traditionally concentrated on the west coast because our economic engagement was mainly with the West. But with the global economy gravitating towards the Indo-Pacific, our east coast must also develop and ride Asia’s economic boom,” says Anil Yendluri, the Chief Executive Officer of Krishnapatnam port in Andhra Pradesh, in a conversation with The Hindu.

But Mr.Yendluri, who was in Shanghai to co-host the India-China logistics forum, nevertheless, stressed that many overseas shippers were still not ready to take advantage of cost effective transit to growth hubs such as Hyderabad or Bengaluru from new ports cropping up along India’s east coast.

“Krishnapatnam port is the logical logistics solution for Andhra Pradesh, Telangana and Karnataka cargoes. It is right in the center with Visakhapatnam port, further north and Chennai to the south,” said Mr. Yendluri.

Besides, the port has a natural geographical advantage as it is not is the eye of cyclones that brew periodically in the Bay of Bengal.

Anil Kumar Rai, India’s Consul General in Shanghai concurs with the assessment. “It is worthwhile to mention that these states (Andhra Pradesh, Tamil Nadu and Telengana) are important destinations for investments from China. Efficient container handling by Navyuga container terminal (at Krishnapatnam) may spur rapid economic growth, speedy industrialisation and better integration with the overseas supply chain,” he observes.

Mr. Rai told The Hindu, that ports, including Krishnapatnam, that fall under the Sagarmala project — India’s integrated plan to build and revive sea and river ports connected with rail and road feeder lines to the hinterland — had taken a leaf out of China’s play book. “Initially ports were seen as handling bulk cargo. But if you see China’s growth story, the bulk cargo got converted to containerised cargo and vessel cargo. They (the Chinese) started deepening their sea ports so that bigger mega-size ships could enter, increasing cost-efficiency and reducing turnaround time,” Mr. Rai said.

He added: “So similar kinds of things are taking place in India, and in the spirit of south-south cooperation, we have learnt from our development partner, China.”

Mr. Rai diplomat spotlighted that there were bright prospects of Chinese companies, especially those making Active Pharmaceutical Ingredients (API) — the precursors for making medicines — contributing to a new phase of industrialisation along India’s east coast. “As of now many pharma companies, particularly those in the API space are closing shop or moving out of China. So, it may be a good option for us in India, if we can attract them to invest in Greenfield pharma-zones along the east coast,” Mr. Rai noted.

He pointed out that development of the east coast is integral to India’s Act East policy. “Development of East coast is a way to integrate us with ASEAN, and of course the journey starts with our neighbours…If we get transshipment from Bangladesh bound for Myanmar, it would be much cheaper, and we would be better off to route cargo through the eastern ports rather than go through Singapore,” said the diplomat.

Looking at the big picture, some Chinese businessmen view the escalating trade war between China and the United States, as a major factor that could inevitably deepen India-China ties. “If the trade deal (with the U.S.) fails to materialise, I am sure China will have to refocus on its global relationships. China will then find in India, a country that has the potential to compensate some of the financial impact of this disruption, in comparison to other markets in the world,” says Stanly K.L.Tsang, Managing Director of Ben Line Agencies (China) Ltd. — a global shipping company headquartered in Singapore.

But he insisted that that extensive preparations, initiated by the two governments, were still required, to elevate China-India economic ties to an altogether new level.

Japanese police found the remains of at least five people in a wooden boat suspected to be from North Korea on the coast of one of Japan’s outlying islands on Saturday, a Coast Guard official said. Police made the discovery in the wooden boat’s stem around 9:30 a.m. (0030 GMT) on Saturday on Sado island, […]

South Korea reported 60 more novel coronavirus cases on Tuesday, the smallest increase for four days in the Korea Centers for Disease Control and Prevention’s morning updates. The country now has 893 cases, the KCDC said— the largest national total anywhere outside China — adding one more person had died, taking the toll to eight. […]

Pakistan’s embassy in Kabul has said it was indefinitely closing its consular office in the Afghan capital due to security reasons, amid mounting tensions between the neighbouring countries. Hundreds of Afghans apply daily for permits to travel to Pakistan where they seek medical treatment, goods and university educations. A message shared on WhatsApp by an […]