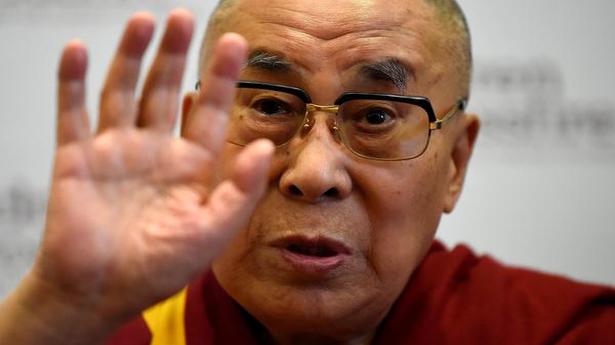 China on Tuesday rejected the assertion by the Dalai Lama that his successor could be found in India — a move that could undermine the legitimacy of the next in line chosen by Beijing.

The 14th Dalai Lama has been living in India in exile since 1959.

China has labeled him a “dangerous secessionist,” who undermines the “one-China” principle, which implies that Tibet, Taiwan and Xinjiang are integral parts of China.

Speaking to Reuters, the Dalai Lama said that China is worried about the legitimacy of his successor. “In future, in case you see two Dalai Lamas come, one from here, in a free country, one is chosen by Chinese, and then nobody will trust, nobody will respect (the one chosen by China). So that’s an additional problem for the Chinese. It’s possible, it can happen,” the 83-year-old Tibetan monk said.

In its response, the Chinese foreign ministry was unequivocal in rejecting the Dalai Lama’s assertion. Reacting to the interview, the Chinese Foreign Ministry said the reincarnation of Dalai Lama should pursue Chinese laws, regulations as well as established religious principles.

China has insisted that it reserved the right to appoint the Dalai Lama’s successor, pursuing the long established tradition set by Chinese emperors.

Tibetans hold the belief that the soul of the Dalai Lama will reincarnate in the body of a child after his death, who has then to be identified as his successor following a set of rituals.

International war crimes judges ruled on Thursday that a probe into wartime abuses in Afghanistan must go ahead, including looking into possible atrocities committed by U.S. forces, as they overturned a previous court ruling. The move was immediately hailed by human rights organisations as a “pivotal moment” for victims of the central Asian country’s 18-year-war […]

Prince Charles on Monday issued a video message to convey his “lakh lakh vaidhaiyan” to the Sikh community in the UK and across the Commonwealth on the occasion of Vaisakhi and praised the “selfless service” of the British-Sikh community in the battle against the coronavirus pandemic. The 71-year-old heir to the British throne, who recovered […]