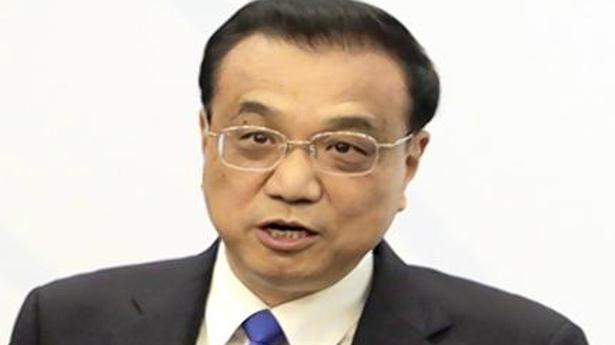 Chinese Premier Li Keqiang attended the virtual meeting of the eight-member bloc which was also addressed by Vice-President Venkaiah Naidu.

China said on Tuesday that the virtual meeting of the Council of Heads of Government of the Shanghai Cooperation Organisation (SCO) hosted by India has sent “many positive signals” with leaders reaching consensus on several issues.

Chinese Premier Li Keqiang on Monday attended the virtual meeting of the eight-member bloc which was also addressed by Vice-President Venkaiah Naidu.

Asked how China viewed the outcome of the SCO heads of the government meeting, Foreign Ministry spokesperson Hua Chunying told a media briefing in Beijing that the meeting was about implementing the outcomes reached at the recently concluded SCO Summit and discuss measures to enhance cooperation in areas such as the fight against COVID-19, trade, investment and culture sectors.

Earlier this month, Chinese President Xi Jinping and Prime Minister Narendra Modi participated in the SCO Council of Heads of State (SCO-CHS), the highest forum of SCO, meeting hosted by Russia in a virtual format.

“Many consensuses were reached. The leaders also released a joint communique as ratified many cooperation documents. There are many positive signals, Ms. Hua said, while talking about Monday’s meeting.

Parties spoke highly of the SCO countries’ joint efforts to fight COVID-19. They all expressed readiness to uphold Shanghai spirit and continue to fight the virus, she said.

“They are opposed to stigmatising the virus and they all support the WHO’s role in upholding regional and international global public health security, she said.

“They believe in taking a host of measures to boost economic recovery. China pointed out that we need to advance our cooperation agenda, build a safe and stable development environment and consolidate the basis for integrated development and promote innovation-driven development, she said.

China will launch a trade index for the SCO countries and deepen cooperation in agriculture, poverty alleviation and other areas, she said. In his address at the meeting, Premier Li made a strong pitch for greater counter-terrorism cooperation among the SCO countries to foster a secure and stable environment for development.

Mr. Li said members of the SCO grouping should actively foster a secure and stable environment for development. “With uncertainties and destabilising factors growing in the region, we need to work together to uphold regional peace and stability, he said.

“Joint counter-terrorism exercises must continue to be held in order to forestall sabotages by terrorist, separatist and extremist forces exploiting the pandemic,” Mr. Li said.

The SCO is an economic and security bloc in which India and Pakistan were admitted as full members in 2017. Its founding members included China, Russia, Kazakhstan, Kyrgyzstan, Tajikistan and Uzbekistan.

Demonstrators looted stores on the Champs-Elysees avenue in Paris on Saturday, on the 18th week of “Yellow Vest” protests, characterised by an uptick in violence after dwindling participation in recent weeks. A Boss menswear store and the high-end Fouquet’s restaurant were among the premises targeted as groups of masked protesters lobbed stones at police defending […]

An Irish international human rights lawyer who was caught on camera making abusive rants at Air India crew after she was refused alcohol on a flight from Mumbai to London has been jailed for six months in the UK. Simone Burns, was described as “drunk and obnoxious” during a hearing at Isleworth Crown Court in […]

The U.S. Department of Transportation said it has revoked permission for Pakistan International Airlines (PIA) to conduct charter flights to the Unit Source: thehindu.com Related