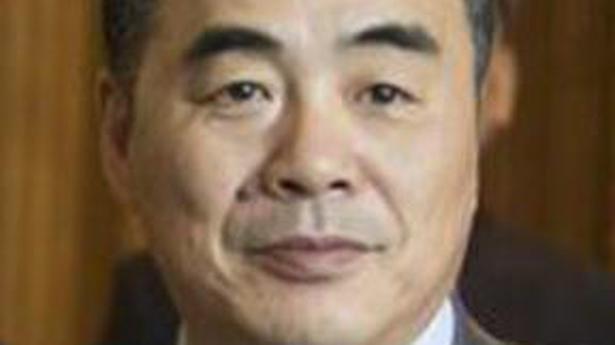 China has stepped up its diplomacy to ease tensions between India and Pakistan following the Pulwama attack by sending its special envoy to Islamabad.

Chinese Foreign Ministry spokesperson Lu Kang said on Wednesday that Vice-Foreign Minister Kong Xuanyou was already in Islamabad to establish an “enabling atmosphere” that would help Pakistan to cooperate with “other parties”.

Mr. Lu said Mr. Kong’s mission was to “promote dialogue” between India and Pakistan by persuading both sides to exercise flexibility. “I hope the two sides can show some goodwill, embrace each other halfway, properly resolve their differences through dialogue. China will play a constructive role to promote dialogue between them.”

India has made it plain that it would start a dialogue only if Pakistan takes visible and verifiable steps to eliminate terrorism that targets India from its soil. “In fact, Pakistan has been making efforts and exercised policies to combat terrorism. We think we should encourage this,” Mr. Lu said.

On Tuesday, Pakistan arrested 44 members of proscribed organisations, including Hamad Azhar, the son of Masood Azhar, the head of the Pakistan-based terror group Jaish-e-Mohammed, which has claimed responsibility of the February 14 Pulwama attack that killed at least 40 CRPF personnel.

Without referring to the Kashmir issue, Mr. Lu said that both ‘symptom” and “root cause” of terrorism should be addressed.

Asked to comment on the understanding reached between the Foreign Ministers of Russia, India and China (RIC) during their February 27 meeting in Wuzhen, the spokesperson said: “As to counter terrorism issue in the trilateral meeting, I shall say a key point is that terrorism is a complex issue. We should address the symptom and the root causes of terrorism that is the premise for what was proposed by Foreign Ministers of the three countries.”

Asked to comment on China’s stand on the resolution proposed in the UNSC 1267 committee to list Azhar as a global terrorist, Mr. Lu said China would take a “conducive decision” to resolve the differences. “China will have discussion with relevant bodies” as listing of terrorists “is a very serious issue”, he said.

After being greylisted at the Financial Action Task Force (FATF) plenary, Pakistan now faces being put on the “blacklist” of the FATF’s Asia affiliate, the Asia-Pacific Group (APG), that will conclude its meetings in Canberra, Australia, on Friday. While the two processes are separate, the APG blacklisting, or ‘Enhanced Expedited Follow Up’ status would definitely […]

It details incidents of “cow vigilantism” and other types of mob violence. Source: thehindu.com Related