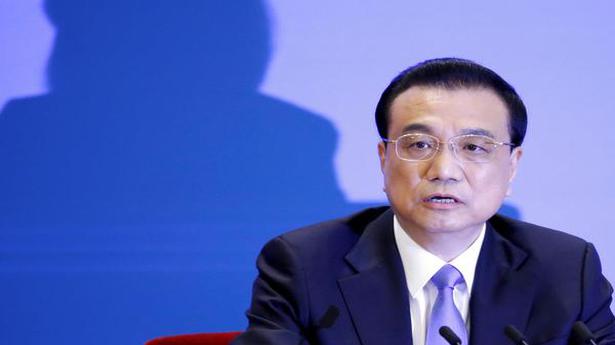 China will introduce more “preferential policies” for Taiwan so that the self-governed island’s residents can enjoy the same treatment as other Chinese citizens, Premier Li Keqiang said on March 15.

Mr. Li said new initiatives would be implemented to invite people from Taiwan to “work hand-in-hand to realize our shared dream for the nation.” They follow 31 incentives recently introduced to bolster China’s argument that political unification should follow increasingly close economic ties.

The ruling Communist Party maintains that Taiwan is a part of China. It opposes Taiwan’s independence and formally says it seeks a “peaceful reunification.”

President Xi Jinping did not rule out the use of force during a January speech on cross-strait relations, when he proposed a “one country, two systems” approach akin to China’s current arrangement with the former British colony of Hong Kong. That would enable Taiwan to keep its own economic and legal system.

The suggestion has been rejected by Taiwan’s independence-leaning President Tsai Ing-wen, who said China must accept the continued existence of the Republic of China, the formal name of the former mainland government that fled to Taiwan in 1949. The U.S. switched recognition from Taipei to Beijing in 1979, but remains a key Taiwanese bulwark against China’s threats.

China appears pleased with the impact of last year’s “31 Measures,” and Mr. Li held open the possibility of even greater advantages, while offering no details.

“When people on both sides of the strait enjoy the same development opportunities, they will become closer and closer,” Mr. Li said at a news conference held on the closing day of the ceremonial legislature’s annual session.

U.S. President Donald Trump on Tuesday called on nations around the world to tighten the economic noose around Iran’s economy, saying no country should support Iran’s “blood lust.” “All nations have a duty to act,” Mr. Trump told the United Nations General Assembly. “No responsible government should subsidize Iran’s blood lust. As long as Iran’s […]

The United States on Wednesday circulated a draft resolution to the UN Security Council that would blacklist the leader of a Pakistan-based Islamist group as a terrorist, setting up a potential clash with China over the move. China earlier this month put on hold a request to put Masood Azhar, leader of Jaish-e-Mohammad (JeM) on […]

World should not allow Chinese bullying: US hits out at Beijing over boundary rows

World should not allow Chinese bullying: US hits out at Beijing over boundary rows Source: indiatoday.in Related