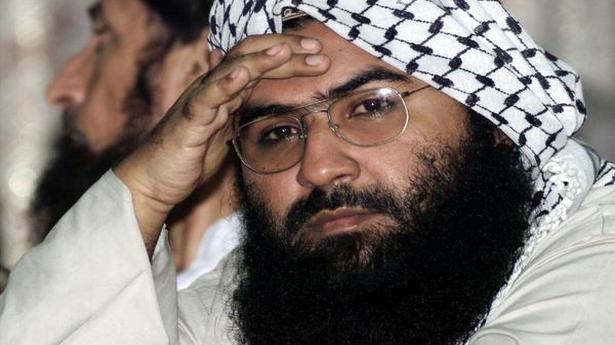 China on Wednesday said it was not facing any deadline to take a call on designating Masood Azhar, head of the Pakistan-based Jaish-e-Mohammed (JeM) terror group, as an international terrorist, and reiterated that progress was being made to achieve consensus on the issue in the 1267 committee of the United Nations Security Council.

In response to a question on listing Azhar, the Chinese foreign ministry spokesperson said, “On the issue of the listing of Masood Azhar, China’s position remains unchanged. We are also having communication with relevant parties and the matter is moving towards the direction of settlement,” in the 1267 committee.

China has been sticking to its position that the issue of listing Azhar is the prerogative of the 1267 committee and has rejected a parallel initiative by the United States, France and Britain seeking a vote on banning Azhar in the Security Council plenary.

Last month, China placed a “technical hold” on designating Azhar following the February 14 Pulwama attack in which more than 40 CRPF personnel were killed. The JeM had taken responsibility for the attack, triggering a cross-border air strike by the Indian Air Force on a training camp of the group in Balakot.

India had expressed disappointment over China’s move, but the U.S., along with France and the United Kingdom, had been vocal in criticising Beijing’s decision. Last month, U.S. Secretary of State Mike Pompeo said, “China abuses more than a million Muslims at home, but on the other [hand] it protects violent Islamic terrorist groups from sanctions at the UN.”

Asked whether China had been given an April 23 deadline by the U.S., France and Britain to lift its “technical hold” on listing Azhar, Mr. Lu was firm in denying the assertion. “I don’t know from where you get such information, but the Security Council and its subsidiary bodies like 1267 committee, they have clear rules of procedures and you have to seek clarification from those sources.”

He added: “China’s position is very clear. This issue should be resolved through cooperation and we don’t believe that any efforts without consensus of most members will achieve satisfying results.”

China has emphasised that the purpose of its “technical hold” is to allow more discussion on the issue in order to achieve a consensus-based settlement within the parameters of the 1267 committee.

Mr. Lu said, “In relevant discussions, most members expressed that this issue should be discussed within 1267 committee and they don’t hope to bypass the 1267 committee to handle the issue. Regarding what you said, relevant parties are forcing a new resolution through the Security Council, we firmly oppose that.”

Last month, Beijing dismissed allegations that it was sheltering terrorists by placing a “technical hold” on listing Azhar. On April 1, the Chinese foreign ministry said Beijing “has been in close communication and coordination with various parties,” in the 1267 committee.

Beyond the spectacle: What global think tanks think about NaMoste Trump

President Donald Trump’s optics-heavy visit to India ahead of this year’s election in the United States may help him court the Indian American voters, who largely support his opponent Democrats back home, according to international watchers of India-US politics. For the Modi government, the US President’s 36 hours in the country offer a sentimental boost […]

Animal rights activists have slammed Donald Trump Jr. after it emerged he killed an endangered sheep in Mongolia and was retroactively issued a hunting permit by the country’s authorities, raising questions about whether he received special treatment. The U.S. president’s eldest son, who has come under fire in the past for his big-game hunting hobby, […]

Days after pledging to designate Pakistan-based Jaish-e-Mohammed chief Masood Azhar, as a global terrorist at the UN, Paris has sanctioned him and frozen his assets in France. A statement from the Government of France cited the attack at Pulwama on February 14, which claimed lives of more than 40 CRPF personnel, saying that Masood’s organisation, […]