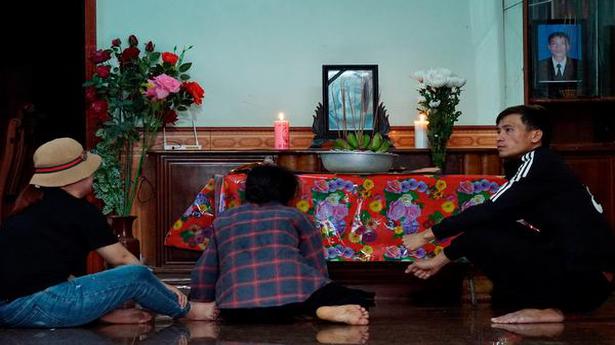 China says it hopes the U.K. can quickly identify the 39 people who were found dead in the back of a sealed truck in southeastern England.

Police initially believed the victims were Chinese, but dozens of Vietnamese families have since reported missing relatives whom they suspect to be among the dead.

Mr. Chen said the case “needs to be jointly dealt with and properly resolved by all parties concerned so that we can prevent a tragedy like this from repeating in the future.”

British authorities charged the 25-year-old truck driver with 39 counts of manslaughter and conspiracy to traffic people. He is expected in court on Monday.

At least 54 persons, including 51 children, sustained burn injuries after a man broke into a kindergarten in southwest China’s Yunnan province and sprayed them with a corrosive chemical on students, authorities said on Tuesday. The incident took place on Monday in the city of Kaiyuan. According to state-run news agency Xinhua, the suspect, a […]

Under the new rules, House lawmakers will no longer be required to travel to Washington to participate in floor votes. Source: thehindu.com Related

Britain’s Queen Elizabeth II on Tuesday marked her 94th birthday privately at Windsor Castle after she had cancelled all forms of public celebration amid the coronavirus lockdown. Buckingham Palace released special images and videos on social media to reflect the milestones of the monarch’s reign and also of her as a young Princess Elizabeth playing […]