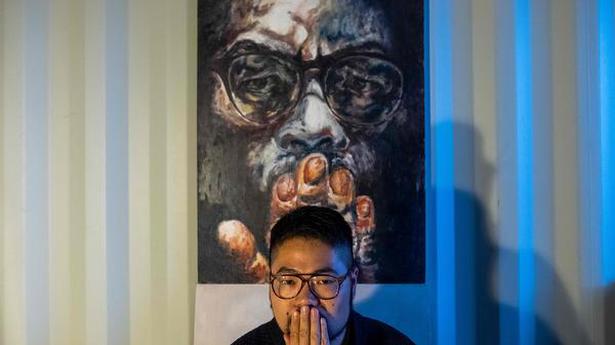 A Chinese cartoonist whose anonymous political satire earned him comparisons with Banksy — and the wrath of Beijing — has outed himself as a former law school student who became politicised after watching a Tiananmen Square documentary in a dorm room.

Mr. Badiucao, whose subversive pieces regularly mock President Xi Jinping, has revealed his face and his personal story for the first time in the hope it will help protect him from the Chinese authorities.

He says he and his family have been under threat ever since he was forced to cancel a highly anticipated show in Hong Kong last year, with Chinese police allegedly telling relatives “there would be no mercy” if he didn’t pull out.

“I don’t think the Chinese Communist Party will ever forget or forgive its enemies, which in this case is me,” he said from Melbourne, where he currently lives. “The only way to defeat that kind of terror is to expose everything openly… so everyone around in the world can see what’s going in China.”

Mr. Badiucao, 33, grew up in Shanghai and was considering a career as a lawyer until one night he and three friends began watching a downloaded Taiwanese drama. Unbeknown to them, the file had The Gate of Heavenly Peace — a detailed documentary about the 1989 crackdown on Tiananmen square protesters — spliced in. The group was transfixed.

None of the young men — all students at East China University of Political Science and Law — had ever heard of the uprising or its bloody ending, thanks to party censors and the “Great Firewall”. “Not a single teacher talked about that issue in law school,” added the artist, who is keeping his real name under wraps.

Coronavirus | Spain’s PM to ask for extension till May 9

Spain’s Prime Minister Pedro Sanchez said on Saturday he would ask parliament for a third 15-day extension of the lockdown imposed to curb one of the world’s worst outbreaks of the new coronavirus, taking the restrictions up to May 9. Also read: Coronavirus | Spain’s death toll curve flattening at last Mr. Sanchez said he […]

Israeli Prime Minister Benjamin Netanyahu intends to annex Israeli settlements in the occupied West Bank, he said on Sunday, reiterating an election promise made five months ago but again giving no timeframe. Settlements are one of the most heated issues in the Israeli-Palestinian conflict. Palestinians have voiced fears that Mr. Netanyahu could defy international consensus […]

‘It would be a great sign of normalisation’ Source: thehindu.com Related