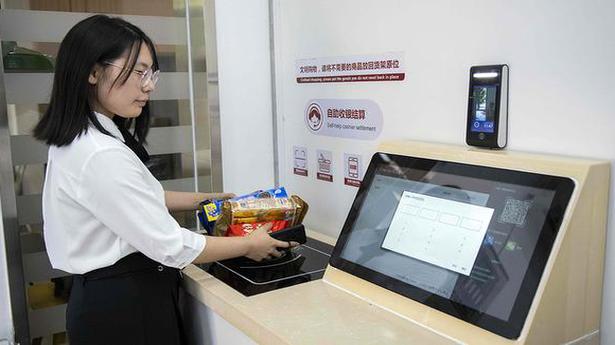 No cash, no cards, no wallet, and no smartphones: China’s shoppers are increasingly purchasing goods with just a turn of their heads as the country embraces facial payment technology.

China’s mobile payment infrastructure is one of the most advanced in the world, but the new systems — which require only face recognition — being rolled out nationwide could make even QR codes seem old-fashioned.

Customers simply make a purchase by posing in front of point-of-sale (POS) machines equipped with cameras, after linking an image of their face to a digital payment system or bank account.

“I don’t even have to bring a mobile phone with me, I can go out and do shopping without taking anything,” says Bo Hu, chief information officer of Wedome bakery, which uses facial payment machines across hundreds of stores.

The software is already widely used, often to monitor citizens — it has been credited with nabbing jaywalkers and catching criminals.

But authorities have come under fire for using it to crack down and monitor dissent, particularly in China’s surveillance-heavy region of Xinjiang.

“There’s a big risk… that the state could use this data for their own purposes, such as surveillance, monitoring, the tracking of political dissidents, social and information control, ethnic profiling, as in the case with Uighurs in Xinjiang, and even predictive policing,” says Adam Ni, China researcher at Macquarie University in Sydney.

Despite the concerns over data security and privacy, consumers seem unperturbed as facial recognition payment hits the high streets. Alipay — the financial arm of ecommerce giant Alibaba — has been leading the charge in China with devices already in 100 cities.

The firm is predicting enormous growth in the sector and recently launched an upgrade of its “Smile-to-Pay” system, using a machine roughly the size of an iPad. Tencent, which runs the WeChat app with 600 million users, unveiled its new facial payment machine called “Frog Pro” last month.

North Korea has slammed South Korea for purchasing high-tech U.S. stealth fighters, warning that it will respond by developing unspecified special weapons of its own. Thursday’s warning comes as North Korean and U.S. officials are expected to soon resume nuclear negotiations to follow up on their leaders’ third meeting at the Korean border late last […]