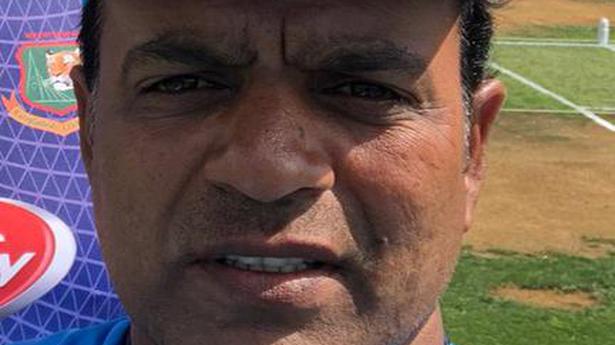 Sunil Joshi will take a long time to come to terms with the events of Friday. As spin-bowling coach of the Bangladesh cricket team, he was in Christchurch when the mosque attacks, which led to the death of 50 people, unfolded.

Joshi was among the few members of the Bangladesh contingent that had stayed back in the hotel; the rest, who were on their way to prayer from Hagley Oval, returned scarred, with the definite feeling that they had narrowly escaped death. The former India spinner is still deeply shaken.

Joshi arrived home early Monday morning, after having secured tickets for his flight out of New Zealand with the help of Indian consular officials.

“I’m just relieved to see my family again. The last 72 hours were very, very tough,” he said here on Monday. “God has been kind. The players are safe, the staff are safe, the coaches are all safe. All thanks to the almighty.”

Joshi recounted, with some sadness, the events of March 15. “Our manager Khaled Mashud called me around 1:40 pm in the afternoon, to tell me that there was a shooting incident at the mosque.

“He asked me and the [two] players to stay in the hotel and not step out. When we switched on the TV, we realised the magnitude of the incident. We were really shocked. Imagine what the players must have seen with their own eyes,” he said.

“Usually, their prayer starts at 1 p.m. That day, our captain Riyad Mahmudullah’s press conference got delayed. Imagine if they had left the ground a few minutes early. All of them would have been in the mosque at the time of the shooting. Things would have been different today. Next to Hagley Oval is a park, then there’s a street, and across it is the mosque. It was so close. I don’t have words to express what happened.”

When the players returned to the hotel, they simply broke down, Joshi recalled. “They were inconsolable. They were crying. They were petrified.

“All of us — staff and players — stayed together from 2:30 in the afternoon till 1 in the night. Because they didn’t want to go to their rooms.”

The Bangladesh team now breaks for a month before the squad reunites for the tour of Ireland. “We are all on a WhatsApp group and the players are checking if everyone has reached home,” said Joshi. “The bonding between us has increased. But this is a much-needed break. This will take time to heal.”

Kumble optimistic of IPL happening this year, even if it’s without spectators

“We are all optimistic,” he said. Source: thehindu.com Related

U.S. President Donald Trump will propose on February 10 a 21% cut in foreign aid and slashing social safety net programmes in his $4.8 trillion budget proposal for fiscal 2021, according to senior administration officials. The budget will seek an increase in funds to counter developing economic threats from China and Russia, but will also […]

A drone-like flying taxi whirred over Singapore’s waterfront on October 22, with the firm behind the test hoping the aircraft will revolutionise travel in traffic-choked Asian cities. The 18 propeller vehicle, developed by German firm Volocopter and with a pilot onboard during the test flight, took off from a promontory and flew for about two […]