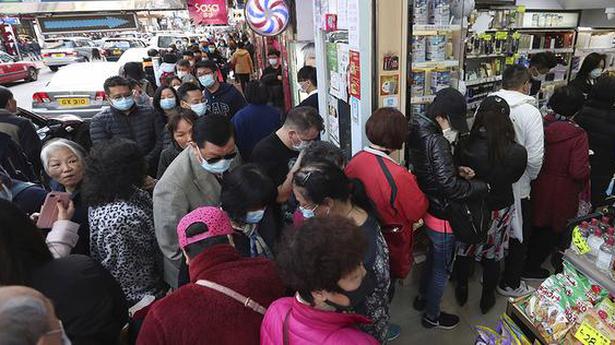 Hong Kong on Tuesday announced drastic measures to cut the number of people crossing into the city from mainland China.

With tour groups from the mainland already suspended, the new measures include blocking individual travellers from visiting the city.

The number of flights from the mainland to Hong Kong will be halved and all ferry services suspended to “reduce the mobility of people from both sides”, city leader Carrie Lam said, adding six of 14 border checkpoints will close from January 30.

Hong Kong has declared the new coronavirus a public emergency and on Saturday ramped up measures to reduce the risk of more infections.

Eight people in Hong Kong are known to be suffering from the illness.

The President’s visit came shortly after he promised his supporters a surprise in a video posted a video on social media. Source: thehindu.com Related

Data | 50 years of non-proliferation of nuclear weapons treaty: will disarmament be achieved?

Though the treat achieved rapid results in reducing nuclear weapons initially, complete disarmament is not in the picture yet Source: thehindu.com Related

They suspected he was carrying a gun Source: thehindu.com Related