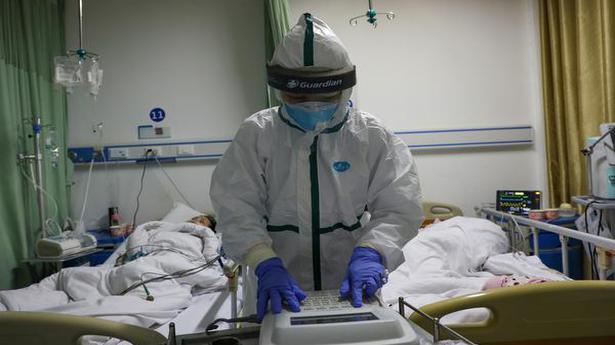 A 33-year-old Chinese woman infected with the deadly coronavirus pneumonia has given birth to a healthy baby girl with no infection in northwest China’s Shaanxi Province, state media reported on Tuesday.

The Chinese woman was at the 37th week of gestation when she gave birth via caesarean to a baby with a weight of 2,730 grams at the Second Affiliated Hospital of Xi’an Jiaotong University in Xi’an, capital of Shaanxi on Monday, Xinhua news agency reported.

The infant, whose first nucleic acid test associated with the novel coronavirus was negative, is receiving intensive care and will be tested again in the next few days to confirm the absence of the virus, according to the provincial centre for disease control and prevention.

The woman and the infant have been transferred to the fever ward and neonatal isolation ward, respectively, for follow-up care and treatment. Both of them are currently in a stable condition, Mr. Liu Ming, director of the medical administration department of the hospital said.

On February 7, the woman was transferred from the central hospital of the city of Shangluo to the designated hospital where a workgroup consisting of medical experts came up with a series of treatment plans and made preparations to ensure the safety of the patient and her baby, according to Mr. Liu.

On Wednesday, a 30-hour-old infant born in a Wuhan hospital became the youngest person to catch the virus.

CCTV reported the infected baby may be a case of “vertical transmission,” referring to infections passed from mother to child during pregnancy, childbirth or right after.

On February 3, the news agency reported that a baby born in January to an infected mother had tested negative.

The disease is believed to have emerged in December in a Wuhan market that sold wild animals, and spread rapidly.

The death toll in China’s novel coronavirus outbreak has gone up to 1,016 with 108 new fatalities reported mostly in the worst-affected Hubei province while the confirmed cases of infection have soared to 42,638, Chinese health officials said on Tuesday.

Outside China, there have been more than 350 infections reported in almost 30 places with two deaths, one in the Philippines and the other in Hong Kong.

Two children were killed and at least 10 people injured, including other children, on Monday in a multi-vehicle crash involving a stolen police car in Dayton, Ohio, police said. The incident started with a reported stabbing in Dayton, police said, and a pickup truck crash in the Dayton suburb of Riverside at about 7:30 p.m. […]

Iran’s Ayatollah Ali Khamenei on Sunday backed the gasoline price rises that have caused nationwide protests, which he blamed on the Islamic Republic’s opponents and foreign foes. “Some people are no doubt worried by this decision … but sabotage and arson is done by hooligans not our people,” the Iranian Supreme Leader said in a […]

Getting your “60 seconds of fame” hasn’t been more achievable than it is today. Short-video making apps let people show off their talents with the click of a button. The Chinese app Tik Tok is the most recent addition to this trend. It lets you create and share short lip-sync, comedy, and talent videos. The app has succesfully completed a […]