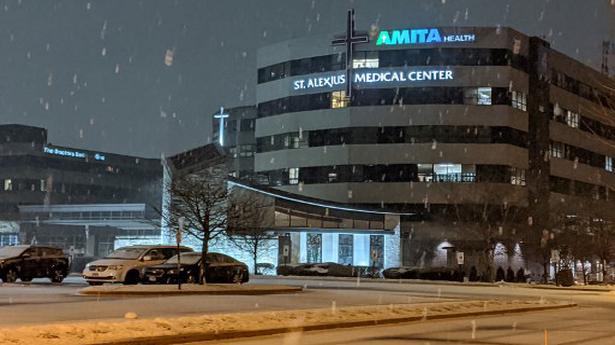 U.S. Health Department officials said Thursday they had identified the first case of a person who had caught the Novel Coronavirus from another person on American soil, a man who contracted the illness from his wife.

“The second person in Illinois testing positive for the contgion is a Chicago resident and is the spouse of the first confirmed travel associated case in Illinois,” said Robert Redfield, Director of the Centers for Disease Control and Prevention.

The first confirmed case concerned a woman in her sixties who had recently travelled to Wuhan. Her husband did not travel to China.

Jennifer Layden, the State’s Chief Medical Officer, said the man’s condition was “stable” and that his situation was exacerbated by some underlying medical conditions. Both Federal and State officials, however, stressed that the pathogen is not spreading widely in communities and the overall risk to Americans remains low.

The latest case brings to six the overall number of confirmed patients with the virus in the U.S. As of Thursday, some 7,700 cases have been confirmed in China, its country of origin, with at least 170 fatalities. The virus has spread from the city of Wuhan across China to more than 15 countries, with about 60 cases in Asia, Europe, North America and, most recently, the Middle East.

No deaths have been attributed to the virus outside China.

Barely hours before Brazilian President Jair Bolsonaro started his bilateral meetings with the fellow BRICS leaders on Wednesday, the Venezuelan embassy here was stormed by a violent mob comprising supporters of Juan Guaidó, the self-declared President of Venezuela. As Eduardo Bolsonaro, a Congressman and the President’s son, sent out a tweet in support of the […]

An anti-terrorism court (ATC) convicted Jamaat-ud-Dawa (JuD) chief Hafiz Saeed on terror financing charges on Wednesday in Lahore. An FIR against Saeed and his other associates was registered in July on charges of terror financing. The case was registered at the Counter-Terrorism Department (CTD) in Gujranwala. Saeed, Abdul Ghaffar, Hafiz Masood, Ameer Hamza and Malik […]