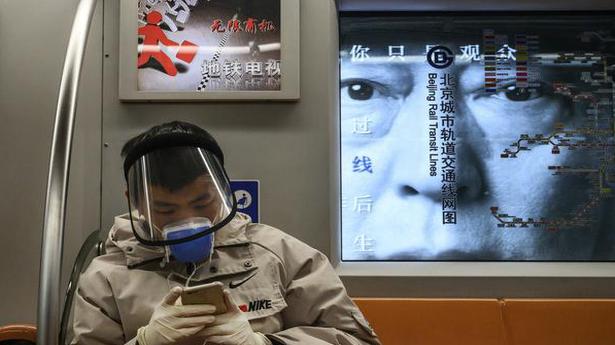 The death toll from China’s new coronavirus epidemic surged past 1,500 on Saturday after 143 more people died in the country, according to official data.

More than 66,000 people have now been infected in China from an illness that emerged in the Hubei capital Wuhan in December and spread nationwide a month later.

Chinese authorities have placed some 56 million people in Hubei under quarantine, virtually sealing off the province from the rest of the country in an unprecedented effort to contain the virus.

A number of cities far from the epicentre have also imposed tough measures limiting the number of people who can leave their homes, while schools remain closed nationwide and many companies have encouraged employees to work from home.

The scale of the epidemic swelled this week after authorities in Hubei changed their criteria for counting cases, adding thousands of new patients to their tally.

Cases “clinically diagnosed” through lung imaging are now being counted in addition to those that have shown up positive in laboratory tests.

The revision added nearly 15,000 patients to Hubei’s tally on Thursday, with the World Health Organization noting that cases going back weeks were retroactively counted.

The number of new cases confirmed has been steadily falling outside Hubei, with 221 infections reported on Saturday.

Authorities said Friday 1,716 medical workers have been infected during the outbreak, with six dying from the illness.

Most of the infections among health workers were in Hubei’s capital, Wuhan, where many have lacked proper masks and gear to protect themselves in hospitals dealing with a deluge of patients.

The grim figures come a week after grief and public anger erupted over the death of a whistleblowing doctor who had raised the alarm about the virus in December and been reprimanded and silenced by police in Wuhan.

Stepping over long-dead bodies of frozen climbers as he sought to reach the summit of Everest was something for which Nick Hollis was mentally prepared. But even this seasoned mountaineer could not have imagined there would be so many fresh ones. The 45-year-old British climber has just conquered Everest and completed all Seven Summits of […]

Prime Minister Benjamin Netanyahu’s corruption trial will start on March 17, two weeks after Israel holds its third national election in less than a year, the Justice Ministry said on Tuesday. Mr. Netanyahu, the first sitting Israeli prime minister to be charged with a crime, has denied any wrongdoing in the three corruption cases against […]