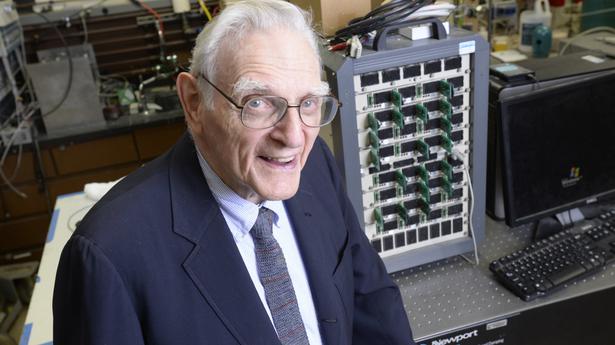 American scientist John B. Goodenough, 97, who shared the Chemistry Nobel this year, is the oldest laureate ever. Interestingly, this year also saw Esther Duflo, 47, share the Economics Nobel, the youngest-ever in that category. An analysis of the age and gender of 923 Nobel laureates*

Esther Duflo, who won the Economics Nobel on Monday, is the youngest and one of two women who have received the prize in this category. Duflo’s achievement is especially noteworthy given that the average age of Economics laureates is 66, the highest among all categories.

The following visualisation gives a break-up of women laureates in each category. It can be observed that the prizes for physics and economics have the least percentage of women winners.

Three people have died and over 64,000 affected in the latest spell of rain over the weekend in Sri Lanka, according to a media report. The Sri Lankan Disaster Management Centre (DMC) said 17,766 people have been displaced in the rains and shifted to makeshift camps, the Colombo Gazette reported. The Defence Ministry said the […]

Bolivian former President Evo Morales on Saturday appealed for his supporters to attend a rally on the border between Argentina and Bolivia on Dec. 29 to choose a candidate for Bolivia’s election early next year. In an interview with Argentine radio, Mr. Morales, who has sought political asylum in Argentina, said he had called the […]

Iran started an intercity travel ban on Thursday, an Iranian official said in a televised news conference, amid fears of a second wave of coronavirus infections in the West Asia’s worst-hit country. Also read | A crisis-hit Iran at the crossroads “Those who have travelled for the Iranian New Year holidays should immediately return to […]