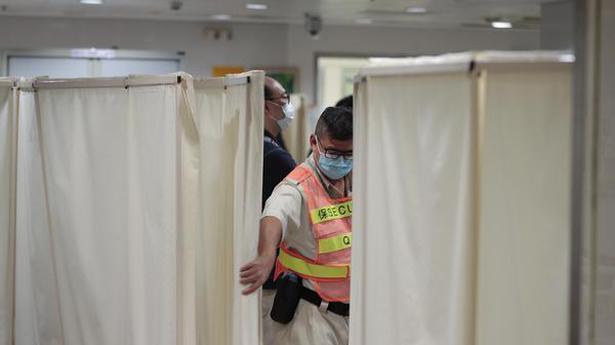 Thousands in Hong Kong held vigils on Friday night for a student who died from a fall during recent protester clashes with police, triggering fresh outrage from the pro-democracy movement.

Although the precise chain of events leading to 22-year-old Alex Chow’s fall last weekend is unclear and disputed, his death on Friday morning was the first student fatality during the five months of demonstrations.

Protesters have made alleged police brutality one of their movement’s rallying cries and have seized on the death. At the spot where Mr. Chow fell, thousands queued for hours in snaking lines to lay flowers, light candles and write condolence messages.

“Today we mourn the loss of a freedom fighter in Hong Kong,” Joshua Wong, a prominent pro-democracy campaigner, said on Twitter.

“The atmosphere in Hong Kong is like a ticking bomb,” added Lo Kin-hei, a local pro-democracy councillor and activist. “HKers don’t trust the police will give us the truth.”

The police have repeatedly denied any allegations of wrongdoing in relation to Mr. Chow’s death. The lead officer in the case, Superintendent Ewing Wu, again insisted on Friday that police were not at fault.

“As for the allegations that police chased the deceased or that we pushed him and caused him to fall, the police hereby make a solemn statement again that nothing of the kind happened,” Mr. Wu told reporters. “At this stage, we are investigating the cause of Chow’s death instead of investigating police officers,” Mr. Wu said.

The Hong Kong government expressed “great sorrow and regret” on Friday over the incident. In Beijing, the Foreign Affairs Ministry declined to comment directly but said “eliminating disorder” was Hong Kong’s most urgent task

The 2019 Nobel Prize for economics goes to Abhijit Banerjee, Esther Duflo and Michael Kremer “for their experimental approach to alleviating global poverty”, the Royal Swedish Academy of Sciences announced on Monday. The research conducted by the 2019 Economic Sciences Laureates has considerably improved our ability to fight global poverty. In just two decades, their […]

A growing number of imported COVID-19 cases in China, where the epidemic originated in December, risked fanning a second wave of infections when domestic transmissions had “basically been stopped”, a senior health official said on Sunday. China, where the disease first emerged in the central city of Wuhan, had an accumulated total of 693 cases […]