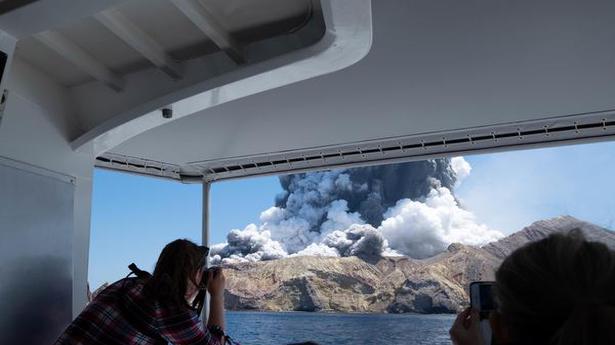 Another person who suffered critical injuries from an eruption of a New Zealand volcano last month has died, bringing the death toll to 21, police said Wednesday.

Police Deputy Commissioner John Tims said the person died Tuesday night at Auckland’s Middlemore Hospital. Police have not yet identified the victim. Tims said they would do so after the person’s wider family has been informed.

There were 47 people visiting the tourist destination of White Island when the volcano erupted December 9, killing 13 people initially and leaving more than two dozen others hospitalised with severe burns.

Eight more people have died in hospitals in New Zealand and Australia in the weeks since the eruption.

Experts say super-heated water that burst from beneath the crater’s surface caused the burns, which in some cases covered large portions of the victims’ bodies or damaged their lungs.

Many of those killed and injured were Australian tourists who had been travelling aboard the Royal Caribbean cruise ship Ovation of the Seas.

One of the people who died in the weeks after the eruption was 42-year-old Atlanta area woman Mayuari Singh, whose husband was also hospitalized with injuries.

Their families said last month the couple had been progressing as well as could be hoped for given the extent of their injuries. Two weeks ago, the organizer of a crowd fundraising effort for the Ureys said the couple hoped to return home soon.

New Zealand authorities are investigating the circumstances around the disaster. Many have questioned why tourists were allowed on the island after its alert level was raised by authorities three weeks before the eruption.

The election was scheduled for September 19 Source: thehindu.com Related

The group said its soldiers ‘engaged the enemy’ in retaliation Source: thehindu.com Related

Church always a source of strength for me: Kamala Harris

The vice presidential candidate has been spending quite a substantial amount of time in Michigan, a battleground state, which is headed for a tight race. Source: thehindu.com Related