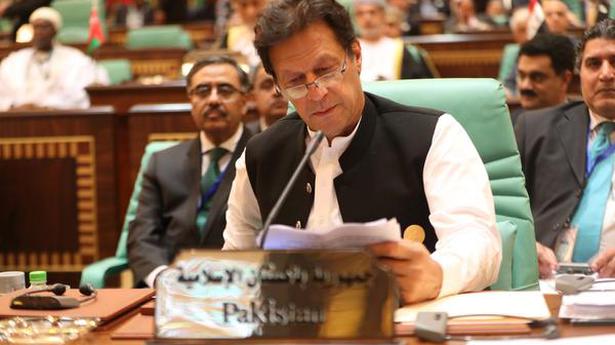 Prime Minister Imran Khan on Monday warned of legal action against the Pakistanis who do not declare their undisclosed assets by June 30.

He said that in the last 10 years, Pakistan’s debt had risen from PKR 6,000 billion to PKR 30,000 billion. “Our nation has suffered due to this. Our annual tax collection is around PKR 4,000 billion. Half of it goes to loan repayments that ‘they’ [previous governments] took.” Indicating that Pakistan cannot run on the money that is then left over, he added that the country has the capacity to collect PKR 10,000 billion every year.

“I appeal to you to take advantage of our assets declaration scheme. If we don’t pay taxes, we can’t move forward and rebuild this country,” he said, adding that people have time till June 30 to use this opportunity. After that, he warned, the government will come after those who have hidden their assets.

Mr. Khan called the action important to end poverty in Pakistan and for the future of the country.

Bharathan, a Rameswaram fisherman, who ‘went missing’ after his fishing boat capsized while he was fishing on the high seas in 1996, is alive and has been sighted among beggars in Colombo, family members claim. The fisherman, who was 42 then, had set out for fishing in April, 1996 along with five others when the […]

European Council president Donald Tusk said on October 16 it should be known in seven or eight hours when Brexit could happen and in theory a deal could be accepted on October 17. Talks are underway which will decide if an agreement can be reached that would allow Britain to leave the European Union with […]