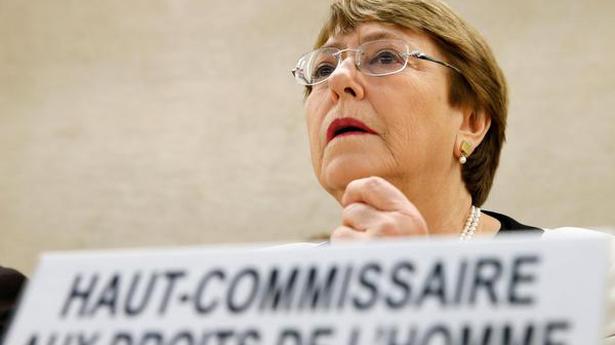 Addressing a meeting of the 40th Human Rights Council in Geneva on Wednesday, Ms. Bachelet also argued in favour of an end to the conflict in Kashmir.

“We are receiving reports that indicate increasing harassment and targeting of minorities — in particular Muslims and people from historically disadvantaged and marginalised groups, such as Dalits and Adivasis,” she said.

The High Commissioner picked up “hate speech” as one of the focus areas. Her observations on India were a part of her speech that looked at some of the most serious reports of rights abuses at the global level, including in China, Turkey.

Sen. Robert F. Kennedy’s assassin is hospitalized in stable condition after being stabbed by a fellow inmate at a Southern California prison. The state Department of Corrections and Rehabilitation says the stabbing of Sirhan Sirhan took place Friday afternoon at the Richard J. Donovan Correctional Facility near San Diego. A corrections department statement says the […]

As bushfires rage in Australia, 24 charged for manually starting fires!

The police in Australia have charged at least 24 people for deliberately starting bushfires in the state of New South Wales, according to a statement the New South Wales (NSW) Police released on Monday. As enquiries continue, the police are appealing to the community to provide footage and/or images from phones, dashcam, or other devices, […]

Canadian Prime Minister Justin Trudeau apologised on Wednesday for wearing brownface makeup to a costume party in 2001, an image that could undermine his chances for re-election with less than five weeks to go before the national election. “I should have known better then, but I didn’t and I did it and I’m deeply sorry,” […]