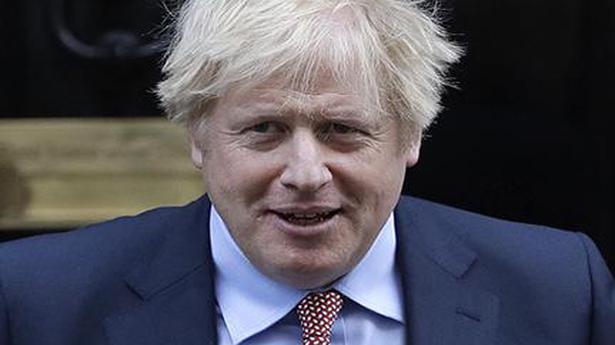 Friday will mark a truly historic moment, but almost nothing will happen.

A few Union Jack flags will be lowered from EU buildings in Brussels, more will be waved in jubilation by Brexiteers in London at the moment of Britain’s departure — at 11 p.m. in the U.K.

But for most of the half a billion people in Britain and the bloc, it will be a normal Friday night.

Britain and the bloc fought tooth and nail for the best part of four years — with insults flying across the English Channel — over the terms of their divorce. Now, on the eve of one of the most significant events in EU history, the political eruptions have ceased and an uneasy quiet reigns — the calm before the next storm.

The EU would prefer the night to pass without anyone noticing. After all, it is losing one of its biggest members, a diplomatic, military and economic power on a par with Germany and France. The U.K. is the first nation ever to turn its back on the EU in the 62-year history of this experiment in political union.

British PM Boris Johnson, a champion of Brexit, promised a “dignified exit” that is “mindful of everybody’s feelings.”

The U.K. will no longer be part of EU summits and ministerial meetings. Its 73 EU parliamentarians have lost their jobs and cleared out their offices.

Democratic presidential hopeful Bernie Sanders has fully recovered from the heart attack he suffered three months ago and is in good health, his doctors said in letters released on Monday. Martin LeWinter, a cardiologist at the University of Vermont, said the 78-year-old senator from Vermont has made an “uneventful recovery” from the heart attack he […]

Singapore police are investigating a 32-year-old Indian national for holding a protest without a permit in Marina Bay against India’s contentious Citizenship Amendment Act (CAA). In Singapore, organising or participating in a public assembly without a police permit is illegal and constitutes an offence under the Public Order Act. “The man allegedly carried out the […]