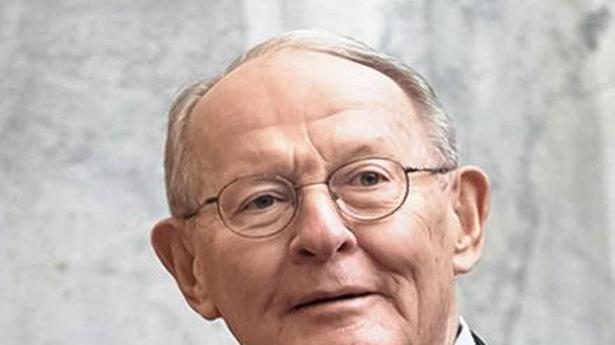 With a key Senator declaring that he would vote against new witnesses in the impeachment trial of U.S. President Donald Trump, the President is likely to be acquitted before the close of Friday’s Senate session. GOP Senator Lamar Alexander of Tennessee said Mr. Trump’s relationship with Ukraine were inappropriate but not grounds for his removal.

“It was inappropriate for the President to ask a foreign leader to investigate his political opponent and to withhold U.S. aid to encourage that investigation,” Mr. Alexander, who is retiring this year, said via a statement. “But the Constitution does not give the Senate the power to remove the President from office and ban him from this year’s ballot simply for actions that are inappropriate.”

Mr. Trump was impeached by the House of Representatives in December for abuse of power and obstruction of Congress. A House Democrat-led inquiry had concluded that Mr. Trump conditioned $391 million in military assistance to Ukraine and a crucial White House meeting with its President Volodymyr Zelensky on the Ukrainians publicly announcing investigations into former Vice-President and leading Democrat candidate for the White House, Joseph Biden, and his son, Hunter, who was on the board of Ukrainian gas company Burisma.

“The question then is not whether the President did it, but whether the U.S. Senate or the American people should decide what to do about what he did. I believe that the Constitution provides that the people should make that decision in the presidential election that begins in Iowa on Monday,” Mr. Alexander said.

Democrats would like to hear testimony from former National Security Adviser John Bolton, who had said, as per reports of a leaked book manuscript, that Mr. Trump had asked him to withhold aid pending Ukraine’s announcement of investigations.

A minimum of four Republican senators would need to vote with their 47 Democrat colleagues to get the 51 of 100 votes required to summon new evidence and witnesses. In addition to Mr. Alexander, Democrats were hopeful that three others would vote with them — Lisa Murkowski of Alaska, Susan Collins, a moderate from Maine and former Presidential candidate and Massachusetts Governor Mitch Romney.

Ms. Collins has said she will vote for new witnesses and Mr. Romney has indicated he is also likely to vote that way.

“Why should this body not call Ambassador Bolton?” Ms. Murkowski asked the President’s counsel on Thursday night, as two days of Senators asking questions, moderated by Chief Justice John Roberts, drew to a close.

Even if Ms Murkowski decides to vote for witnesses on Friday, it only gets the ‘ yes ’ votes to 50 – potentially requiring Justice Roberts to break a tie. It is unclear whether the Chief Justice will intervene.

Mr. Trump addressed a rally at Drake University in Des Moines, Iowa on Thursday — where the 2020 presidential race kicks off on Monday night when members of the Democratic and Republican party begin the process of choosing their presidential candidates in the Iowa Caucuses.

“Washington Dems have spent the last 3 years trying to overturn the last election – and we will make sure they face another crushing defeat in the NEXT ELECTION,” Mr. Trump said on Twitter on Thursday night.

A media arm of the Islamic State group is reporting that militants from Egypt’s Sinai and Bangladesh have pledged allegiance to the new leader, who succeeded Abu Bakr al-Baghdadi, in the first sign of support from the organisation’s global affiliates. Nasher news, which carries the group’s news releases, posted pictures Saturday of a handful of […]

Efforts on to decide if drugs are being pushed into India too, says Customs official Source: thehindu.com Related