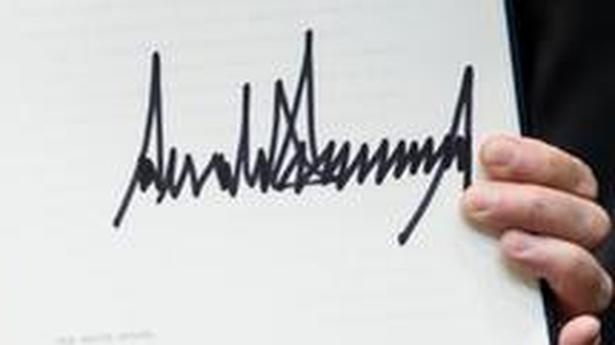 It wasn’t too long ago that Donald Trump derided presidential executive orders (EOs) as “power grabs” and a “basic disaster.”

Back in 2012, Mr. Trump had tweeted, “Why Is Barack Obama constantly issuing executive orders that are major power grabs of authority?”

But Mr. Trump appears to have learned what his predecessors discovered as well: It’s easier and often more satisfying to get things done through administrative action than to get Congress to go along, said Andrew Rudalevige, a professor at Bowdoin College who studies the history and effectiveness of presidential executive actions.

A Boeing 737 aircraft belonging to Ukraine International Airlines carrying 180 passengers and crew has crashed near Iran’s Imam Khomeini airport in the capital, Tehran. There is no immediate word on injures. The report says the airplane crash on Wednesday morning is suspected to have been caused by mechanical issues. An investigation team was at […]

A patient admitted in a hospital in Salzburg, Austria escaped from the premises sparking a police hunt in the city, reports said. The 31-year-old woman was to be tested for coronavirus. The unidentified woman snuck out of University Clinic Salzburg around 3 am on Wednesday, an officer said. According to a CNN report, the suspected […]

Waving separatist flags and chanting “freedom for political prisoners” thousands of supporters of Catalan independence gathered in Barcelona for concerts and rallies on November 9, a day before Spain heads to the polls for a general election. Organised by secretive Catalan protest group Democratic Tsunami, the protests aim to force Spaniards to reflect on the […]