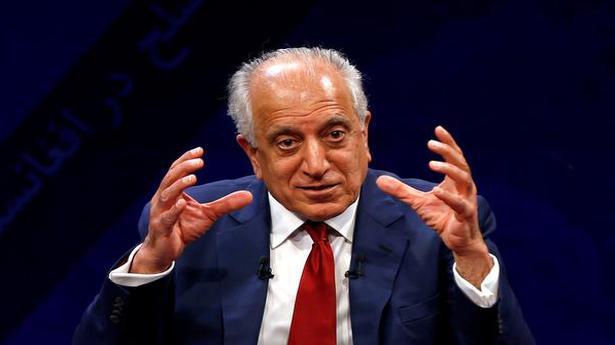 President Donald Trump was traveling to Dover, Delaware, to pay respects to two U.S. soldiers killed Saturday in Afghanistan when a soldier dressed in an Afghan army uniform opened fire with a machine gun.

National security adviser Robert O’Brien told reporters traveling with Mr. Trump on Air Force One, “These were fallen heroes and we were close by and the president wrapped his rally early.”

Gutierrez was born in Jacksonville, N.C. He had also served in Iraq. Rodriguez was born in Las Cruces, New Mexico. He deployed eight times in support of Operation Freedom’s Sentinel, which began in 2015. Both men were posthumously promoted to Sgt. 1st Class and awarded the Bronze Star Medal and Purple Heart.

Six U.S. service members have been killed in Afghanistan since the start of 2020, including Saturday’s casualties. Last year, 22 U.S. service personnel died in combat there.

The incident came as Washington has sought to find an end to the war in Afghanistan.

Washington’s peace envoy Zalmay Khalilzad has been meeting with Taliban representatives in the Middle Eastern state of Qatar in recent weeks. He’s seeking an agreement to reduce hostilities to get a peace deal signed that would start negotiations among Afghans on both sides of the conflict.

In his State of the Union Address last Tuesday, Mr. Trump referenced the peace talks, saying U.S. soldiers were not meant to serve as “law enforcement agencies” for other nations.

Pakistan Prime Minister Imran Khan is likely to meet US President Donald Trump in New York on September 23 on the sidelines of the UN General Assembly, according to a media report. Pakistani leading daily Dawn quoting diplomatic sources said this could be the first of the two meetings Prime Minister Khan is expected to […]

It wasn’t too long ago that Donald Trump derided presidential executive orders (EOs) as “power grabs” and a “basic disaster.” Back in 2012, Mr. Trump had tweeted, “Why Is Barack Obama constantly issuing executive orders that are major power grabs of authority?” That criticism continued once he entered the presidential race. At a South Carolina […]