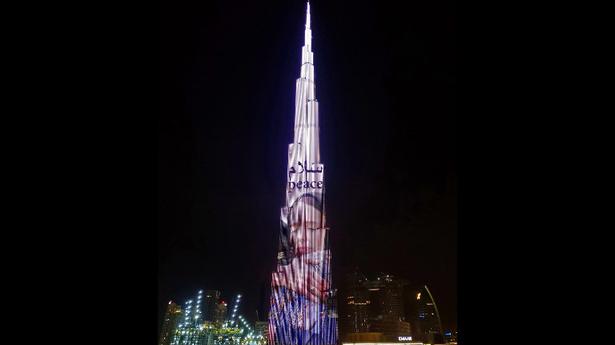 Dubai has projected the image of New Zealand premier Jacinda Ardern onto its iconic Burj Khalifa, the world’s tallest skyscraper, in thanks for her response to last week’s mosque shootings.

“Thank you PM @jacindaardern and New Zealand for your sincere empathy and support that has won the respect of 1.5 billion Muslims after the terrorist attack that shook the Muslim community around the world,” he tweeted.

A photo from Dubai’s Public Diplomacy Office showed Burj Khalifa lit up with a picture of Ms. Ardern in hijab, warmly embracing a Muslim affected by the tragedy, under the word “peace” in Arabic and English.

Ms. Ardern has been widely praised for her handling of the tragedy, meeting victims’ families and moving quickly to tighten gun laws while calling for global efforts against extremism online.

UN Secretary General Antonio Guterres has said the legacy of nuclear testing is “nothing but destruction,” and in a world of rising tensions, our collective security depends on bringing a global treaty into force that bans nuclear explosions. Mr. Guterres in his message for the International Day Against Nuclear Tests on Thursday said, I reiterate […]

China on Monday signalled that it was ready to wait for India’s participation in President Xi Jinping’s signature Belt and Road Initiative, but also pointed to possible downside to New Delhi’s delay in participating in the giant connectivity project. In response to a question on the likelihood of India’s non-participation in the upcoming Belt and […]

Pakistan to send its first man to space in 2022

Pakistan on Thursday announced that it will send its first astronaut to space in 2022 using close ally China’s satellite launching facilities. Pakistan’s decision came as India on Monday successfully launched its second lunar mission Chandrayaan-2. Fawad Chaudhry, Minister for Science and Technology, said the selection process of the astronaut for the space mission would […]